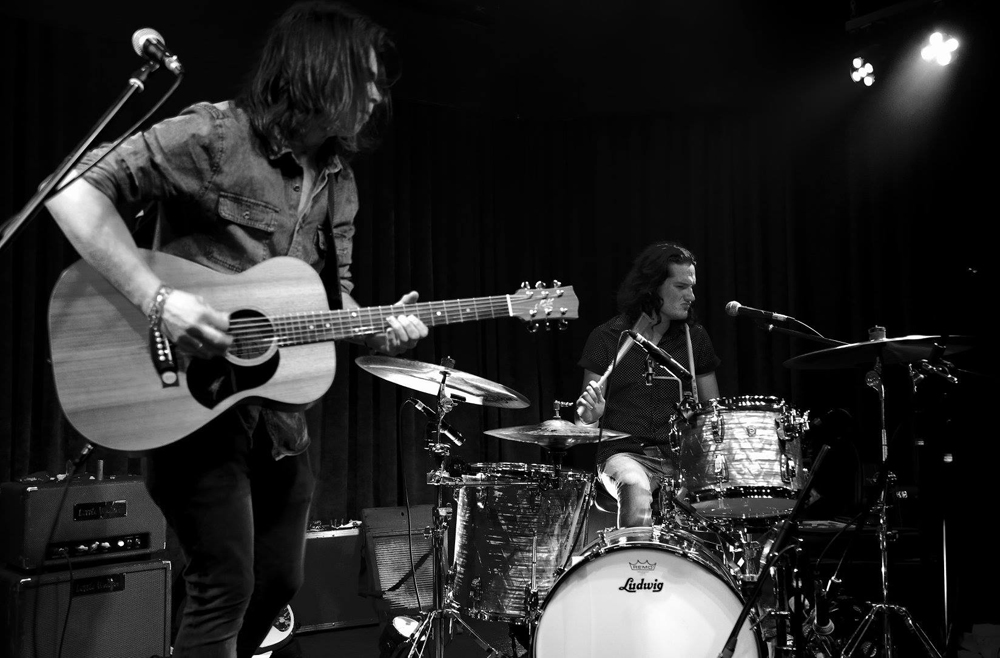 It's a new take on old standards. At the core of Grizzlee Train is the wailing of vintage blues rock, but it's drenched with a modern vigour which gives the band a sound that is all their own.

It’s a new take on old standards. At the core of Grizzlee Train is the wailing of vintage blues rock, but it’s drenched with a modern vigour which gives the band a sound that is all their own. Born and raised on a diet of Creedence and Zeppelin, it’s no secret that the dynamic two-piece draw from a time well before their own. But it’s the injection of pure live energy which sets them apart and grants them a place among the world’s modern bluesmen.

Making more sound and bringing more energy than most three or four-piece bands, Brandon Dodd and Josh Dufficy have taken their music from the beaches of Australia’s Central Coast to audiences all over the world. They are one of the nation’s most road-worn bands, with an arsenal of EP’s and international tours behind them.

Both ditching university studies to tour the world in a rusty tour van, the 2015 Byron Bay Bluesfest Busking Champions have shared stages and festival bills with some of the finest acts in Australia, Europe and the US. They’ve graced some of the world’s premier festivals including Austin’s SXSW and Americanafest in Nashville.

In late 2017, they unveiled the All About You EP, under the extraordinary vision and guidance of award-winning producer Nash Chambers. The release re-invents the idea of blues music, whilst still paying homage to the traditions of the genre. All About You has the trademark Grizzlee Train rustic roots sound at its core – but it also explores a uniquely heavy and dark musical territory they have only lightly touched on in their previous records.

In 2019 they will embark on another American adventure, invited to join blues legends Joe Bonamassa and Kenny Wayne Sheppard on the ‘Keeping The Blues Alive’ cruise ship festival out of Florida.

Dodd & Dufficy are building a reputation for being one of the industry’s hardest-working bands, flying the flag for independent musicians. They continue to take their extensive musical back catalogue and adrenaline-fuelled live show to audiences across the globe, proving themselves as one of Australia’s most exciting, energetic live acts.