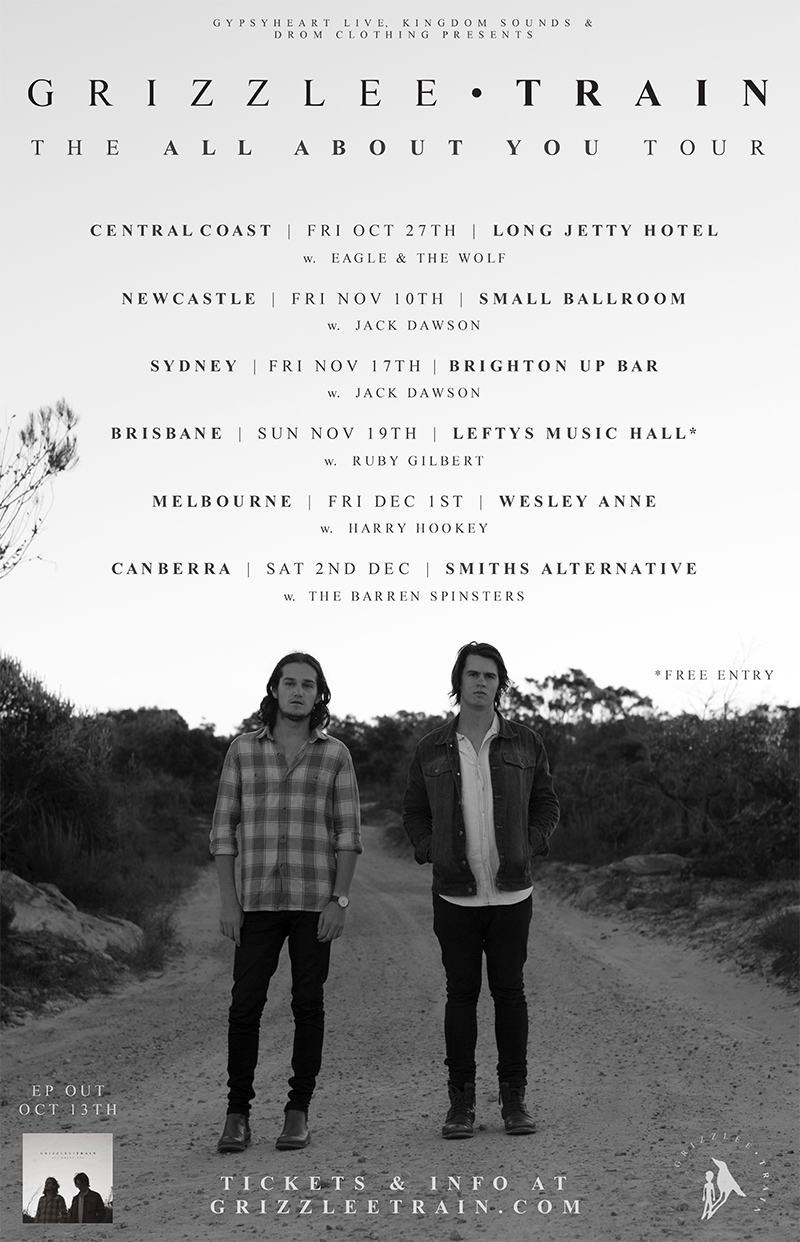 A romping stomping roots duo from the NSW Central Coast, Grizzlee Train take the sound of vintage blues and drench it with filthy modern guitar licks and pulsating percussion.

One of Australia’s most relentless touring two-piece bands, Grizzlee Train have returned from two years of worldwide touring with a brand new release.

The NSW Central Coast former buskers have encapsulated their renowned barnstorming live show and have ventured into more electrified territory for their latest single All About You . The song was produced by the award-winning Nash Chambers, who ensured that the band’s signature rustic roots core was still paramount in their exploration of a heavier sound.

It takes mere seconds of listening to realise that Grizzlee Train have drawn from their 70’s rock & roll influences for this new track. The piercing ring of electric guitar feedback to open the tune immediately shows that this is about as no-nonsense as you can get.

Frontman Brandon Dodd drives the three and a half minute wave of energy that is All About You with a Who-esque guitar riff & careless wailing vocals. It’s clear to see that perfection is not something the band concerns themselves with, instead allowing vibe and vitality to take control. Always insistent on keeping true to their humble beginnings, the drum/guitar pair once again opted to not use bass on the track. This in turn creates a unique stripped-back take on vintage rock standards.

All About You is the lead single off the upcoming ep (of the same title) which is due out next month and currently available for itunes pre- order.