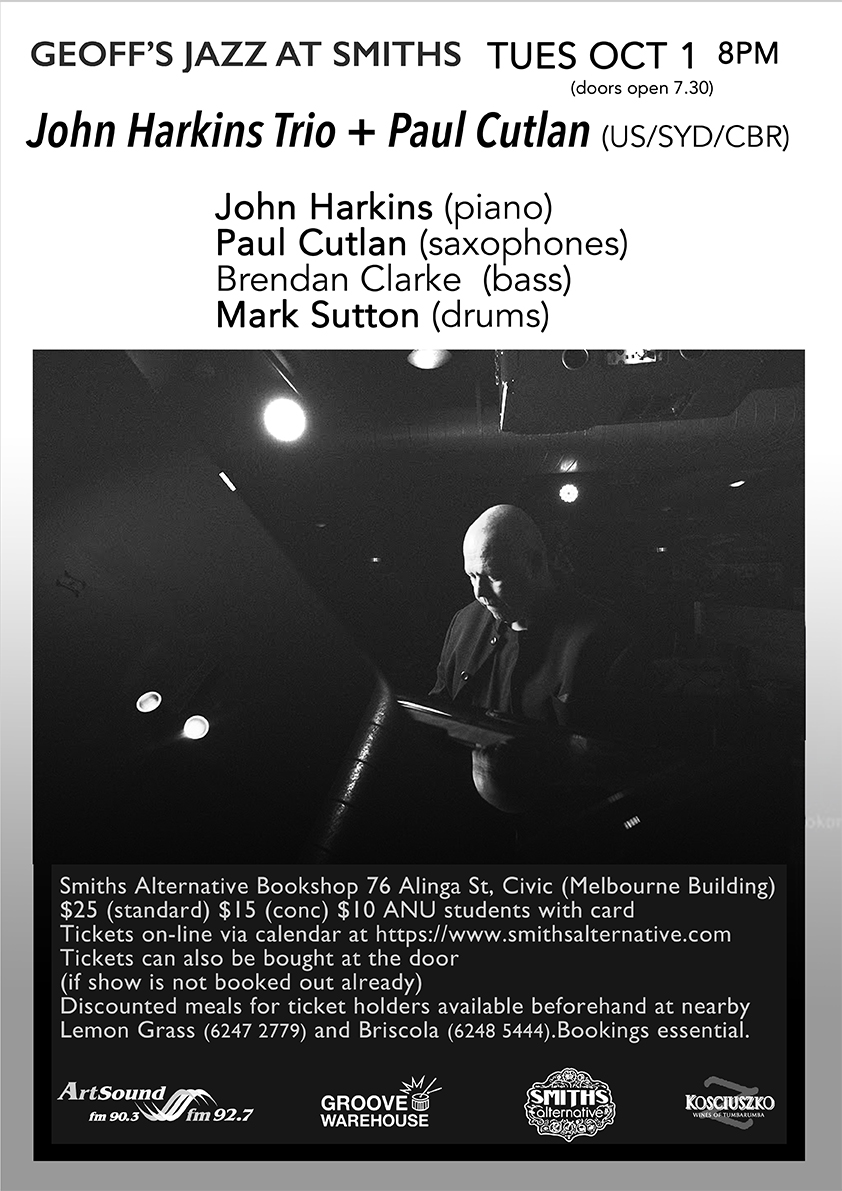 John Harkins studied classical piano at the Manhattan School of Music. The thriving jazz scene of New York City in the 1980's, shaped his musical life. His mentors include Hank Jones, Norman Simmons and Tommy Flanagan. Since moving to Sydney in 1994, John has played with Dale Barlow, Don Burrows, Andrew Speight, Jonathan Zwartz and many others.He has recorded seven trio albums. Originally from Tasmania, Paul Cutlan has been at the forefront of the Australian jazz scene for over twenty years. Compositions by Cutlan and Harkins will be featured on the night. In addition, songs by Cedar Walton, Horace Silver,and Billy Strayhorn.