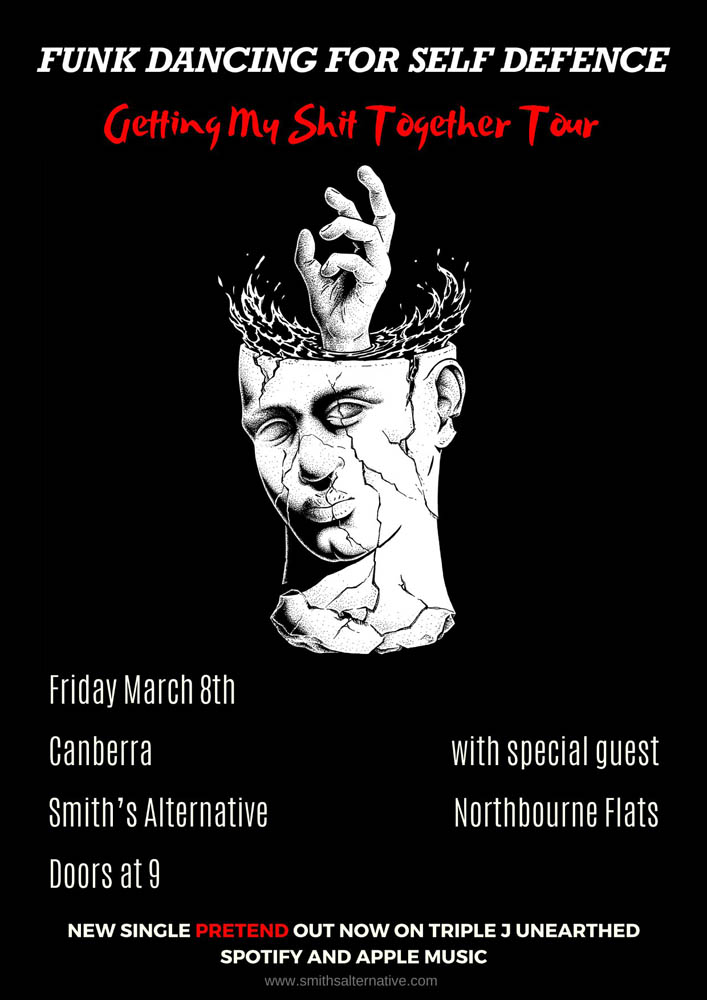 Funk Dancing For Self Defence
with Northbourne Flats

FDFSD are celebrating the release of their latest single by bringing the party to a city near you! Striking a balance between gritty punk rock riffage and polished 90's alternative pop.

FDFSD are celebrating the release of their latest single by bringing the party to a city near you! For the first time ever the boys will be bringing their energetic and entertaining live show to Canberra, Sydney, and Brisbane before finishing on a very special homecoming show in Melbourne.

Each show is stuffed to the brim with amazing local talent, so make sure to get your tickets before they disappear!

Hitting #13 in Triple J Unearthed’s ‘Most Hit Profiles’ in the mid year report of 2018, and opening for Melbourne comedy legends Aunty Donna at Max Watts on the closing night of their “Aunty Donna: The Album Tour” have been some career highlights of 2018, with 2019 ramping up to be a big year with some fresh and exciting music.

Support will be by Northbourne Flats. A five piece group from Canberra, that draw from rock, folk, blues and metal to create a unique blend of full strength groove. Once dubbed ‘acoustic but thicc’ [sic], we [they] continue on a desperate pilgrimage to promote the style.