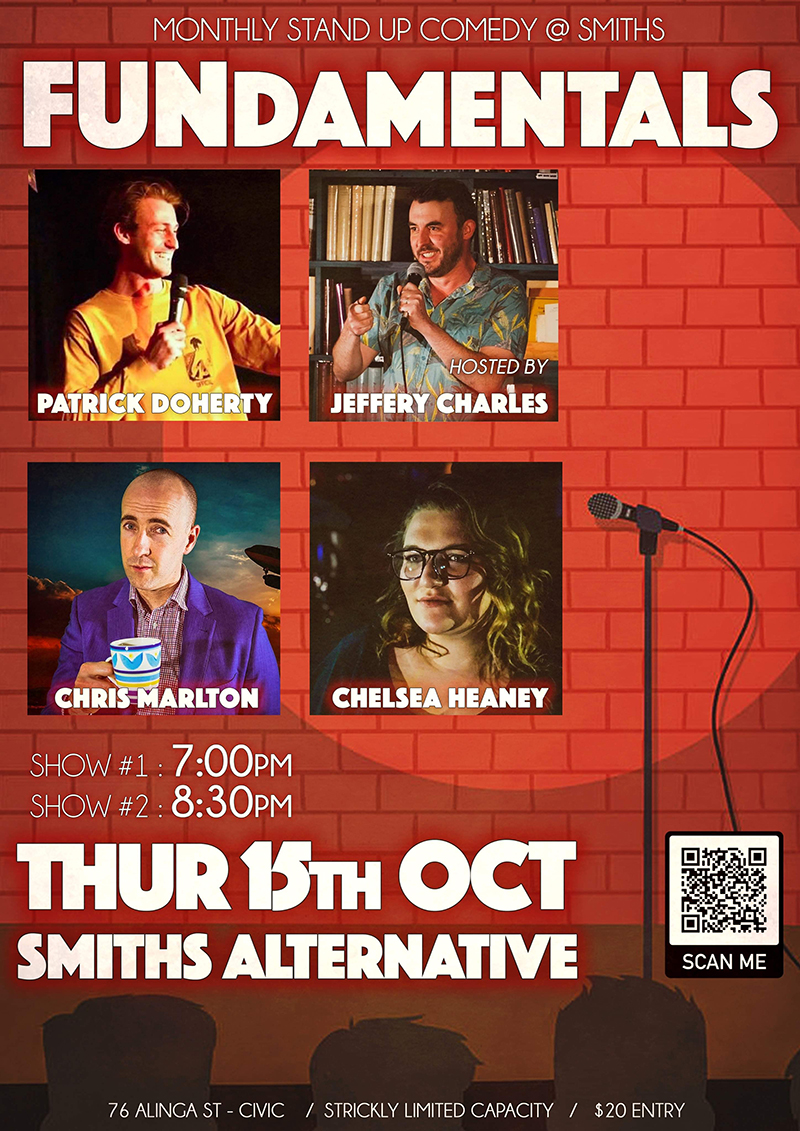 October 15th is time to get along to Fundamentals at Smith's Alternative, one of Canberra's best new comedy rooms.

Following great shows in August and September, Fundamentals is back with a great, fresh line up for a mere $20.

Patrick Doherty is Sydney-based comedian who currently calls Canberra home. Patrick’s a great story teller who has gigged across the nation. His comedy is improvisational, silly and funny.

Chelsea Heaney has been doing stand-up for almost a year now, during which she has received such accolades as a $50 voucher to The Front (which she is slowly spending with a glass of red once a month) and a leather riding crop (now displayed proudly on her TV unit).

Your MC is the loveable, bumbling room runner Jeffrey Charles. Jeff will take you on self deprecating journeys in his lives as a teacher, parent and thirty something mess.

Chris Marlton brings characters to life, and life to characters. With amazing stories, non-stop laughter, and calls for revolution… or at the very least a reminder to sign an online climate change petition.