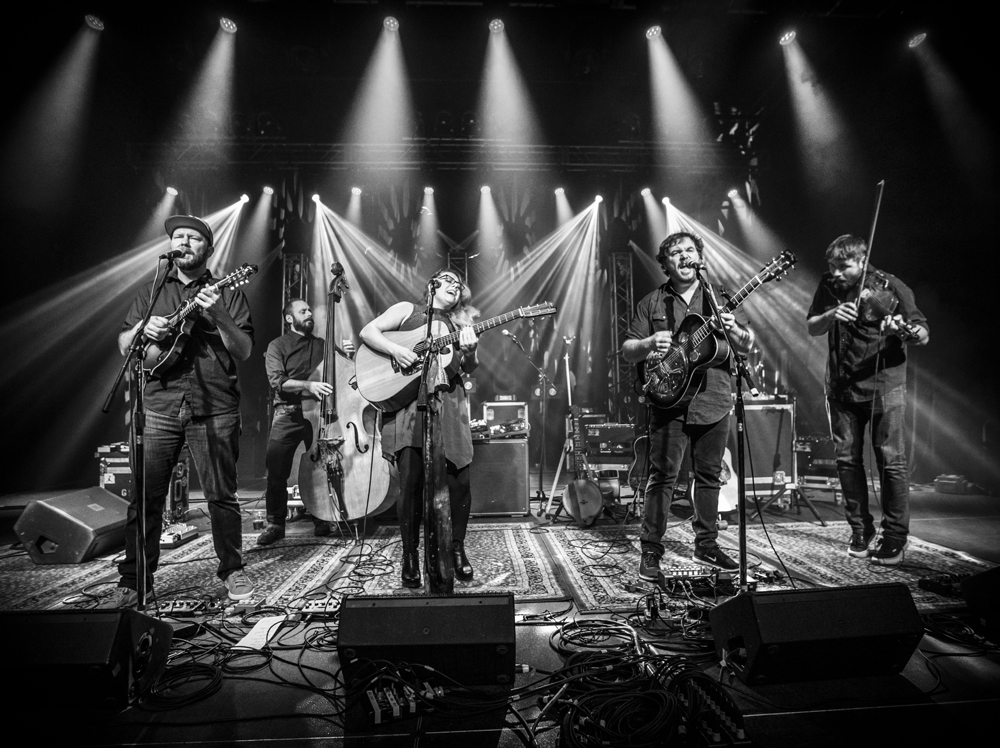 In a wood-panelled country dive bar in the shadow of the San Francisco skyline, Front Country forged a sound hell bent on merging the musical past with the future.

An acoustic band born in the land of tech innovation, Front Country was never going to be accepted as an authentic American roots band out of the gate. Cutting their teeth in progressive bluegrass jams in San Francisco's Mission District and rehearsing in the East Bay, they learned to play roots music their own way, with the tools they had on hand. A mandolinist with a degree in composition and classical guitar. A guitarist trained in rock and world music. A bassist equally versed in jazz and bluegrass. A violinist with technique that could seamlessly hop between honky tonk and electropop. A female lead singer with grit and soul that was also a multi-instrumentalist and songwriter. In a wood-paneled country dive bar in the shadow of the San Francisco skyline, Front Country forged a sound hell bent on merging the musical past with the future.

“In the bluegrass world, musicians tend to define themselves by their tradition and discipline. But Front Country is defined by its no-rules approach.” – NPR Music

“Soulful, gritty and determined, Melody Walker lives up to her name with some of her finest songs to date.” – Northern Sky Magazine UK