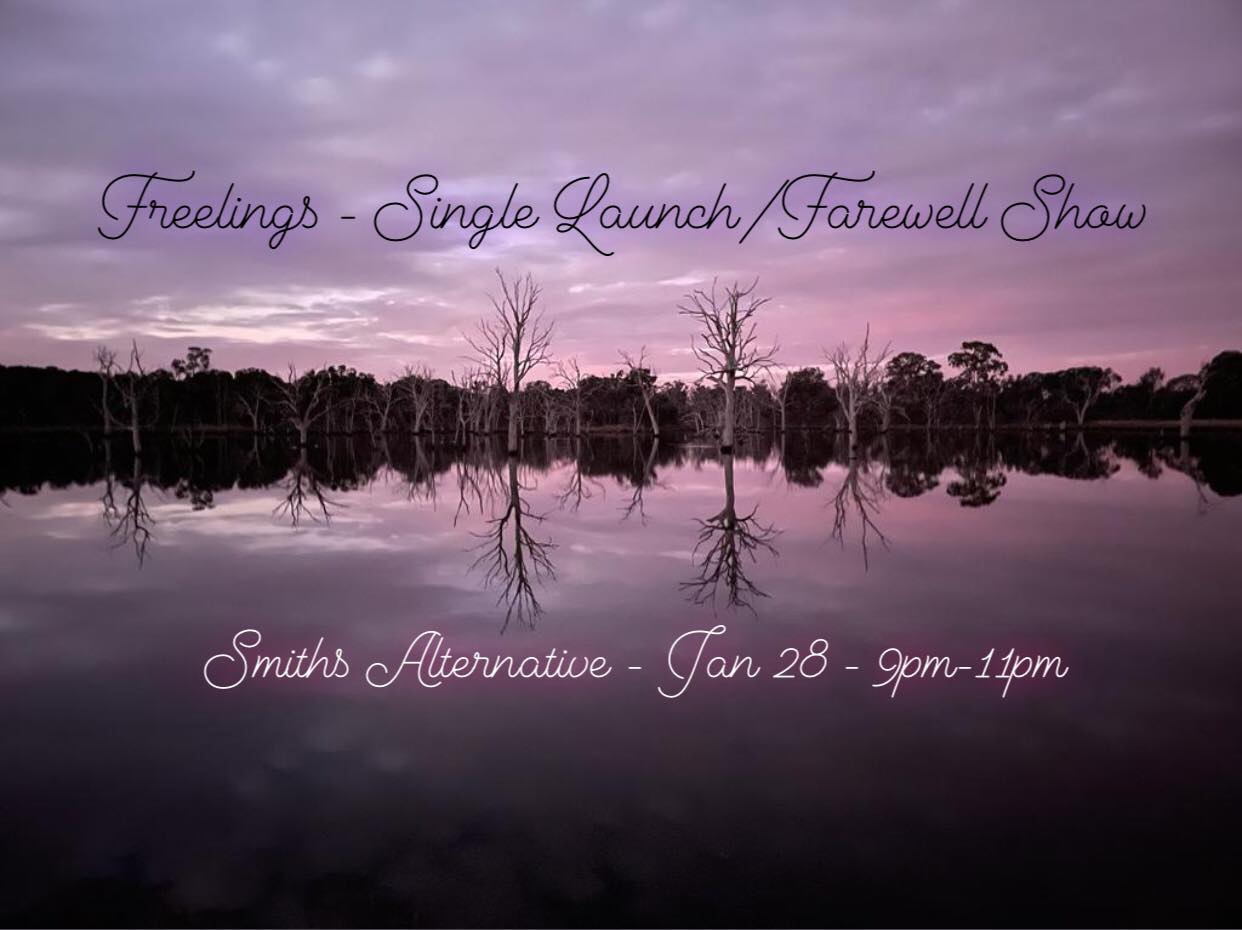 They said it couldn’t be done. They said you couldn’t launch a single and host a farewell in the same show. That was like celebrating the completion of a rocket and sending it to space on the same day. Well, if we’re anything like John Farnham this is not our last show ever, but a first in a series of endless farewells.

Freelings are a Canberra based folk band who have been knocking round the capital for 2 years. Playing shows at Transit, The Front, Sideway and Blackbird. For their last show they are coming back to their spiritual home turf and most consistent venue, Smiths Alternative.

If you’ve seen Freelings play before you’ll know that they bring a certain energy and atmosphere to the stage. For the last show that energy and atmosphere will be amplified. If you like dancing like no one’s watching, unsolicited sing alongs, and questionable between song banter, this is a gig not to miss. The original songs are not bad too and we’ll be celebrating the release of one of them as our first ever single! (Right before disbanding indefinitely)