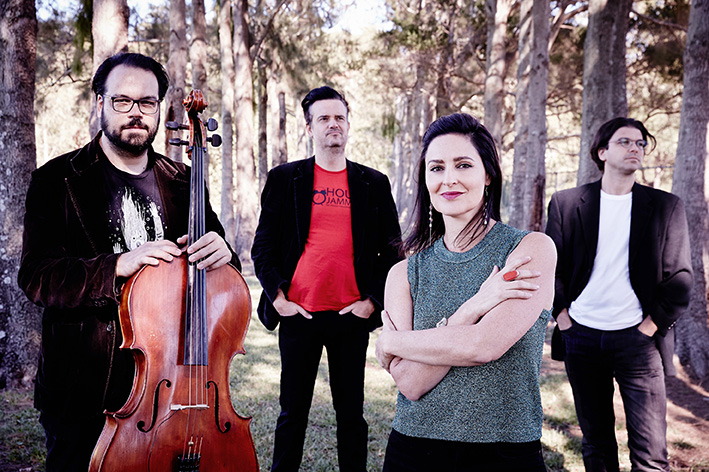 FourPlay put the ‘eclectic’ back into ‘electric string quartet’ with their second new single, ‘Wish’, a powerful, haunting ballad about living in a climate-changed world.

FourPlay, who have been wowing audiences around the world for over 20 years with both their radical reinventions of pop songs and their wildly eclectic original material, have often had environmental and political themes in their music.

‘Wish’ takes this to the next step: a haunting ballad with tones of Not Drowning Waving and ‘70s folk protest songs, with powerful lyrics delivered passionately by Tim Hollo and Lara Goodridge, intricate viola lines from Shenzo Gregorio, and a soaring, poignant cello solo from Peter Hollo. Wish follows on from their recently released rocking single, Bound, which came out in April this year.

“Nothing short of magnificent” The Scotsman

“Forget anything you ever thought about string quartets. This is the future” Drum Media