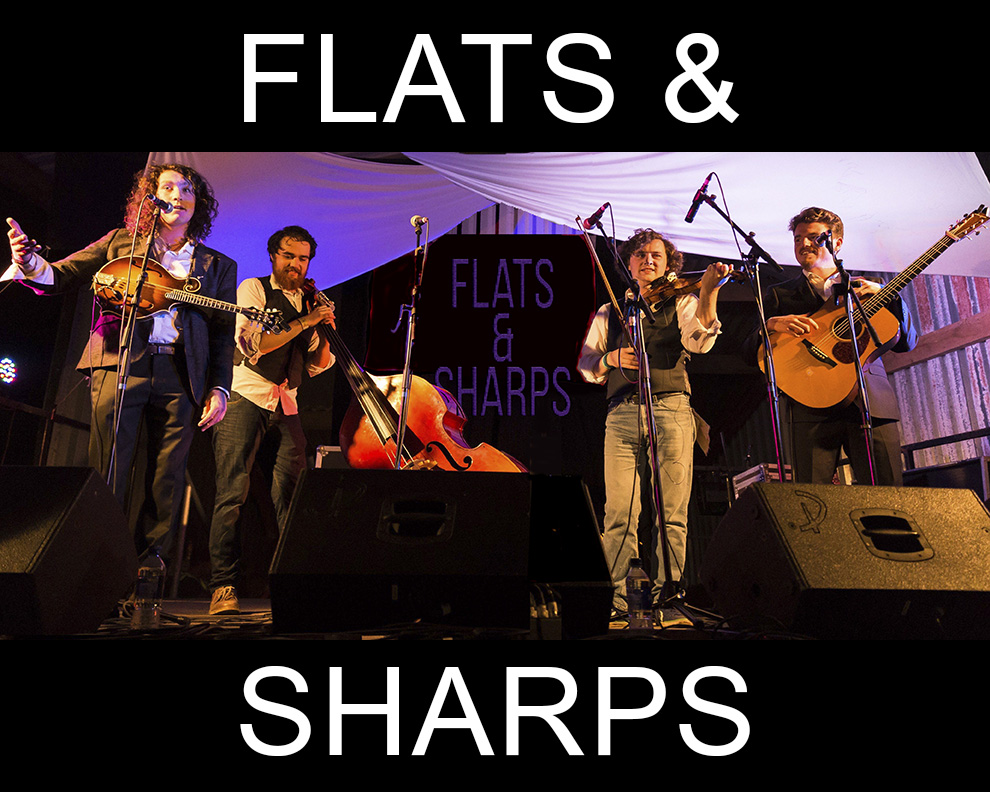 Flats & Sharps are a high-energy contemporary Bluegrass band, from Penzance, Cornwall, in the South West of England, known for their own highly original songs as well as their blistering renditions of Bluegrass classics.

These four incredible young musicians, Mikey Ponsford (mandolin, vocals), Danny Hart (fiddle, banjo, vocals), Josh Warner (guitar, vocals) & Liam Fitzharris (double bass, vocals), honed their skills in hundreds of live performances over the past seven years, charming and wowing audiences along the way. They've come a long way, from their humble beginning busking in Penzance as 17 year-olds, to performing at the Proms in Hyde Park, London, and at scores of festivals throughout the UK, Ireland, Europe and Australia.

On their first Australian tour in 2017, they delighted audiences at the National Folk Festival, Canberra and Fairbridge Music Festival, WA. They returned here in 2018, again playing the National Festival, plus the Blue Mts Festival and an extensive NSW tour. They have since been invited to the home of Bluegrass, the USA, to represent the UK in the International Bluegrass Music Association’s “World of Bluegrass" in September 2018.

In 2019 they have been invited back by the Fairbridge Festival in WA, where they'll also play the Albany Festival before heading east to Victoria, NSW, and to the ACT for this special show at Smith's.

"Flats and Sharps performances at Fairbridge Festival were nothing short of sensational. The standard of musicianship, rapport with audience and high entertainment value gathered more and more momentum as they dug into the event. Their final performance to over 1000 people on the final gig was one of the festival's most significant events in recent years. I wouldn't hesitate to book this band again in the future." - Rod Vervest (Fairbridge Festival Artistic Director)