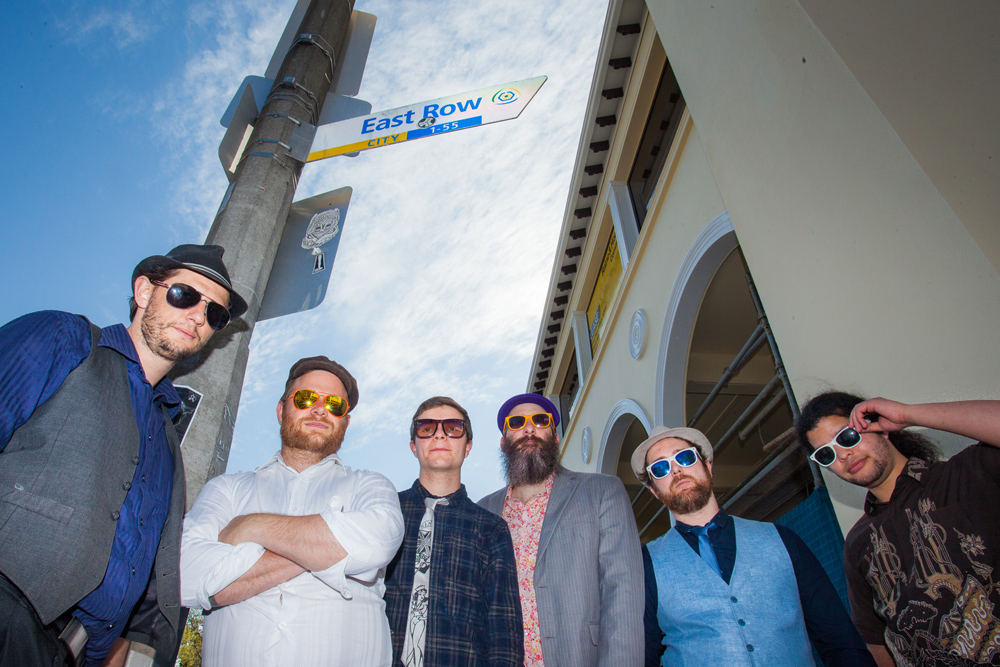 Since the release of East Row Rabble’s sophomore single ‘Aliens in my Brain’ in October 2016 the band decided to work on some film clip content partnering up with local production houses Audio in Uproar and Mint Media. Finally, the Rabble are extremely excited to present their first fully fledged professional film clip to the world with Mint Media’s incredible 3D space-scape clip for ‘Aliens in my Brain’.

‘Aliens in my Brain’ addresses mental illness through a rollercoaster of sci-fi pop culture references. The film clip perfectly captures the essence of the song through a 3D generated space landscape, a pair of freaky alien back up dancers, and some ridiculous antics by the band members.

With members from Brass Knuckle Brass Band, Moochers Inc, and Betty Alto, East Row Rabble delivers a slick mix of funk, ska, blues and soul with heavenly horn lines that will get your booty shakin'.

The show will be kicked off at 9:30 by Cherie Kotek.