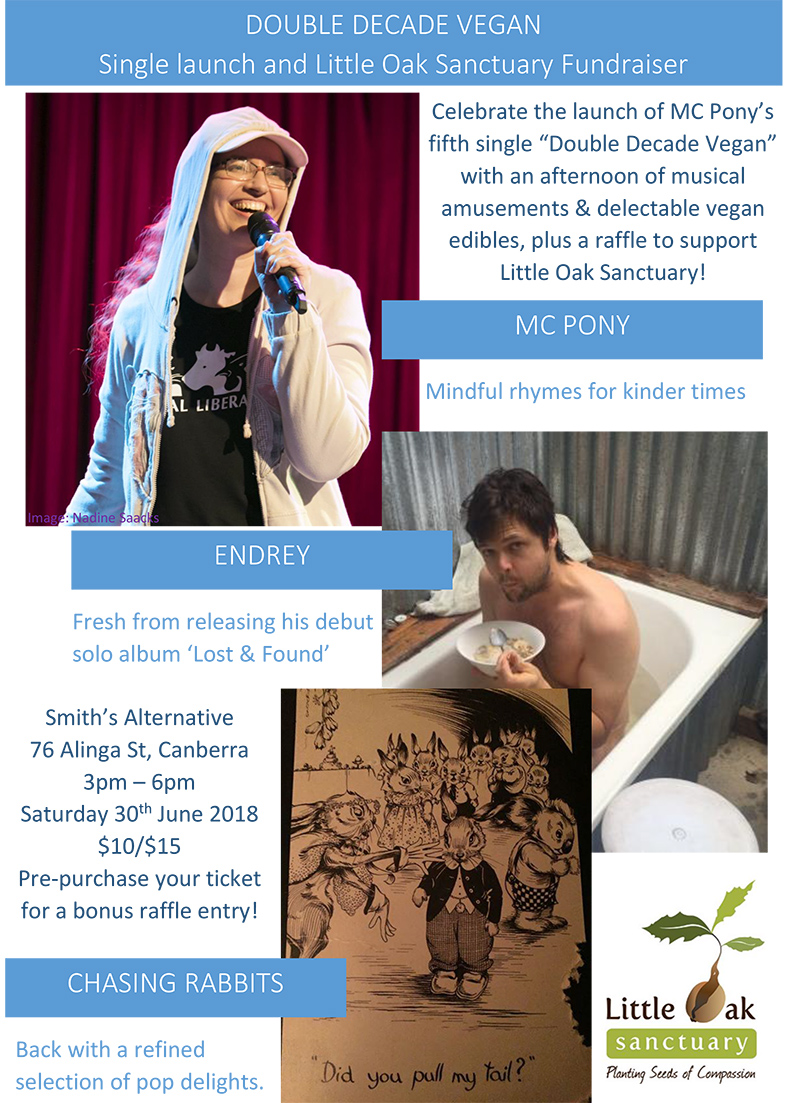 June 2018 is MC Pony's 20th Veganniversary, so come join the celebration as she launches her fifth single "Double Decade Vegan"!  The afternoon will include entertainment from three eclectic musical acts, plus delectable vegan edibles, and to top it all off, a raffle to raise funds for Little Oak Sanctuary.  James, the sanctuary's co-founder, will also be performing with Chasing Rabbits!

MC Pony writes and performs hip hop in a distinctive and heartfelt style, both delighting and educating audiences with her trademark ‘mindful rhymes for kinder times’.  Her Veganthused project is all about inspiring and encouraging people to explore and embrace veganism. Despite performing material that raises awareness about animal rights, environmental and social justice issues, an MC Pony show is fun, upbeat, and entertaining – it's activism with a smile!

Endrey
Endrey is a familiar face to a range of arts audiences in Australia. Formerly the host of In Canberra Tonight and a frontman with cult sexpop band Fun Machine, he released his debut solo album ‘Lost & Found’ last year and has recently moved away from a promising career in stand up comedy to play music full time. Maybe that’s funny too.

Fun for all the family! All ages welcome for this celebration/gig/fundraiser!  Tickets are $10/$15, and pre-purchased tickets will include an extra entry into the raffle.