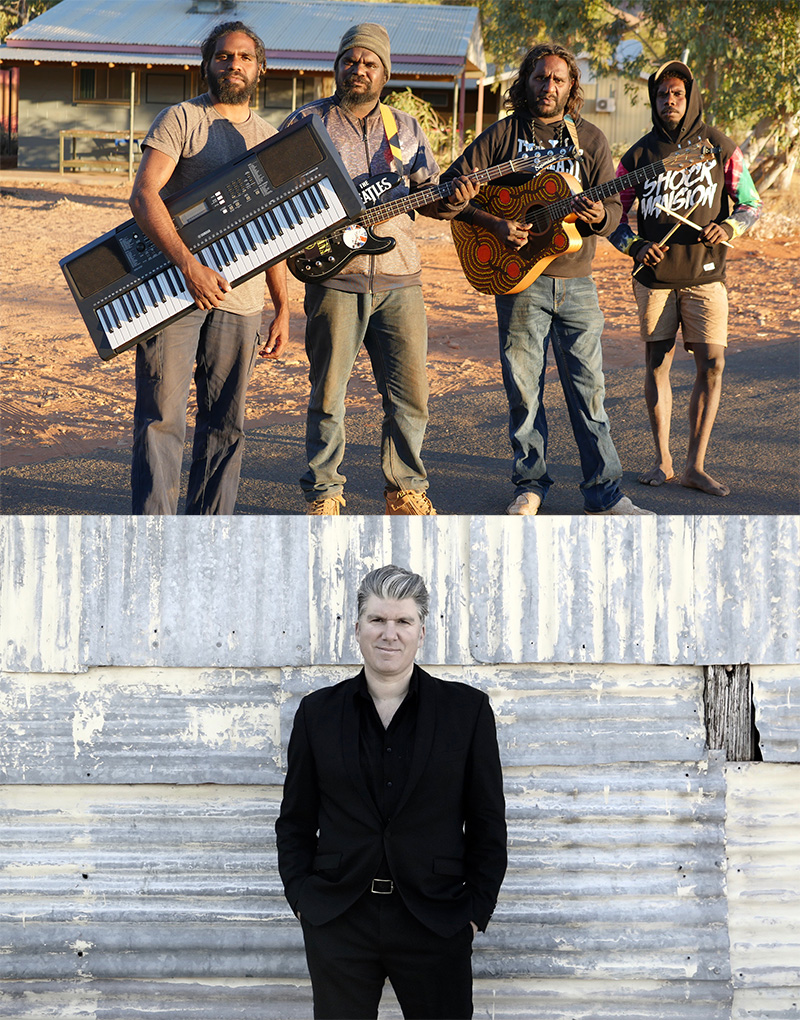 From Kaltukatjara (Docker River), the Docker River Band, supported by our own Mikelangelo

Docker River Band hail from Kaltukatjara (Docker River) close to the border of WA in the APY Lands in the Northern Territory. The remote community of Docker River is picturesque and peaceful. The people are proud and have an enormous passion for music and their rich culture provides inspiration for their songs and art.

Docker River Band deliver a unique sound only found in the central desert regions of Australia. They are the standout musicians from a community of talented artists, and can hold their own on any stage with their dynamic desert reggae style. The group sing in their local language, Pitjantjatjara, inspired by the cliffs and water holes, the quiet red earth and spinifex, the robust gum trees and vivid bird life that are part of Docker River, NT.

Docker River Band were unearthed by Grow the Music in 2017 and are a four-piece taking their maiden voyage to the East Coast to play at Giiyong Festival in NSW, and Canberra for one night only. They will collaborate with artists from the south coast, including Gabadoo, Warren Foster and Chelsy Atkins. Together with the Docker River Band, these artists will feature at this show with Mikelangelo.

Mikelangelo doesn’t need much introduction to Canberra audiences. He has played influential shows here for over 25 years, from P.Harness to The Black Sea Gentlemen; the Tin Star to his latest Balkan Elvis extravaganza at the Canberra Theatre in July. For this special one-off show, he’ll perform a solo retrospective set and also join Docker River Band for some songs.