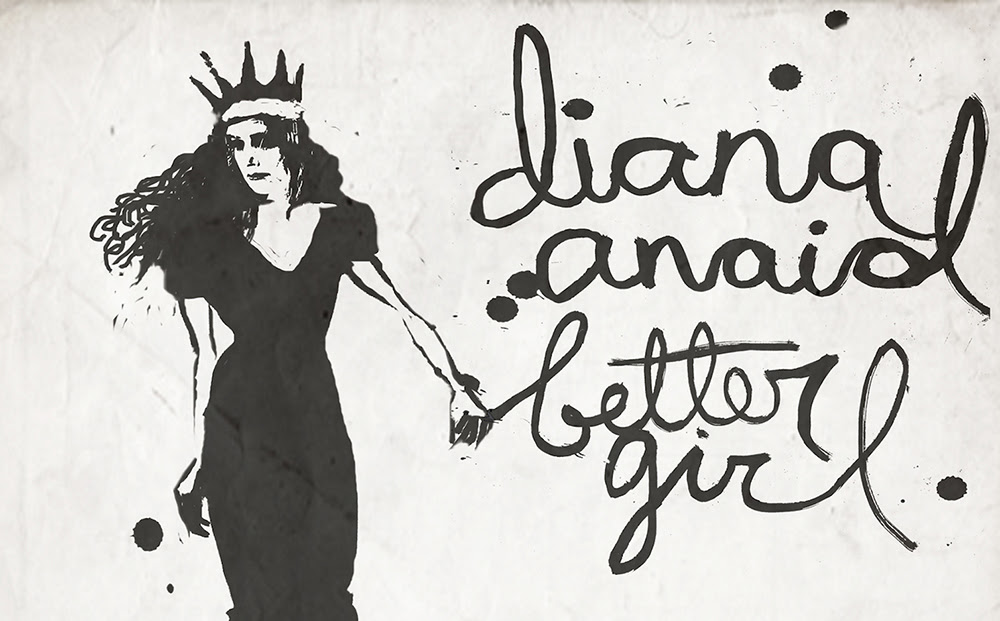 Alternative singer/songwriter and 90's favourite Diana Anaid returns with the quirky and upbeat My Queen, and Better Girl tour of the East Coast.

Alternative singer/songwriter and 90’s favourite Diana Anaid returns with the quirky and upbeat My Queen, and Better Girl tour of the East Coast.

A rebellious firecracker, Diana pushes boundaries lyrically and emotionally; calling her albums a “tool-kit for survival”. An uncompromising artist, with jagged-edged alt pop and emotional relevance, she's an inspiration and a dynamic powerhouse performer- a totally passionate one-off. Catch her in her first ACT show since 2010 for an intimate and unforgettable night.

Better Girl is the second single from Diana’s current Album My Queen(MGM) produced by Steve James(Siouxsie and the Banshees, Screaming Jets). The new radio friendly tune follows the success of the single and video of late last year ‘Can’t Apologise’ which saw radio support across the country as Diana toured nationally with Adam and The Ants and her own headline shows.

Better Girl is also extremely timely with the Marriage Equality overwhelming YES vote in December, as the inspiration for the song is Diana’s own transgender sister.
“I now have a sister but she needs my help; far too many people fixate on her change of state rather than the sorry state of our world. Stand together in the fight for equality and fairness for all”. The Song has been lovingly crafted in the studio and is full of catchy hooks and melodies, even the bass part, all building into an unforgettable chorus with lyrics we can all relate to –
"I want to be a Better Girl; I want to see a better world; I want to be more than I am; Can you help Me?"
Better Girl is part of the collection of 11 songs on Diana's current Album 'My Queen' released on MGM late last year.
The culmination of 7 years of writing and co-written with longtime guitarist Nathan Correy, produced by Aria Award Winning Steve James the album has already earned praise such as:

“’My Queen' has all the heartache, wit, poetry and honesty of her most well-known work."  – MJ O'Neill – The Music

With support from Ben Camden.