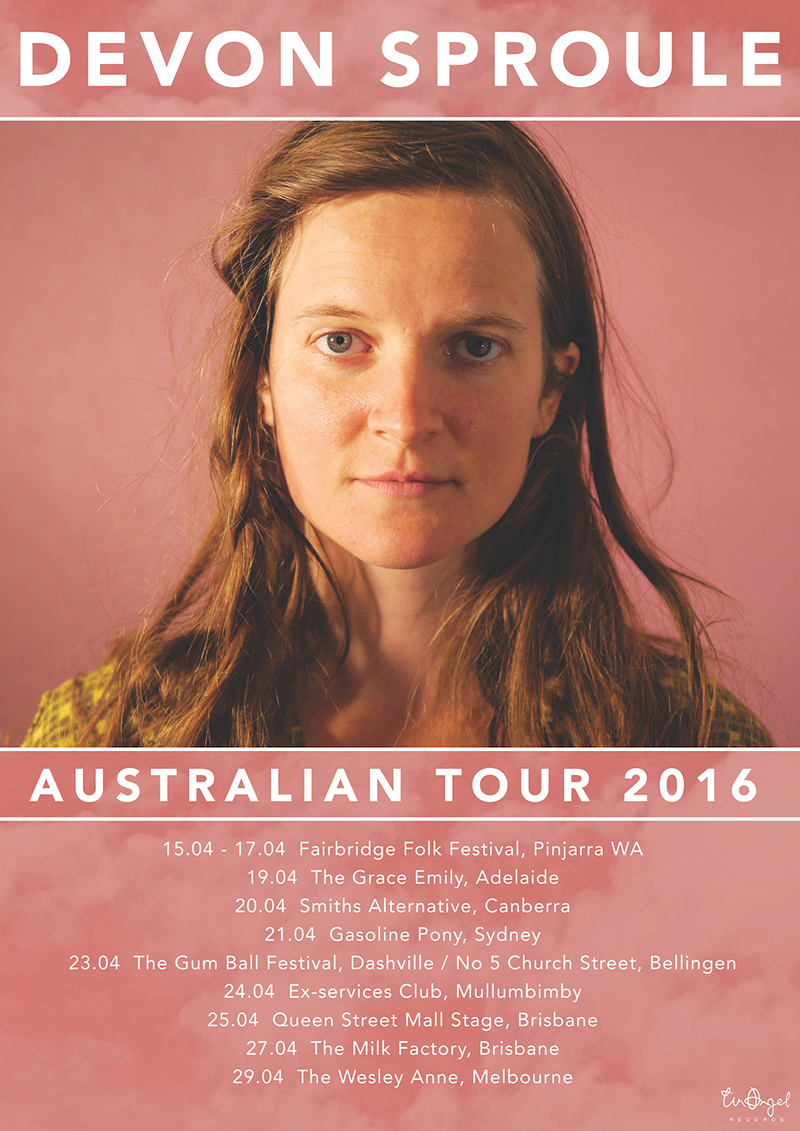 DEVON SPROULE returns to Australia in April 2016 for a 10-date tour including two festivals – Fairbridge & The Gum Ball – and a host of cities in between.

“Her songs are pastoral symphonies of little moments. They’re rootsy and otherworldly… the striking quality of Sproule’s work is the freshness… if you were to look for a comparison, it would be in traces of Joni Mitchell in her early days” 4/5 REVIEW OF THE WEEK, The Saturday Age Life & Leisure

Born to hippie parents near Kingston, Ontario, Devon Sproule spent her childhood on a 465-acre, 100-member ecovillage in rural Virginia. After moving between private, public and home schooling, she eventually left high school, recorded her first record, and began touring nationally—all before the age of eighteen.  Since 2007, Sproule’s recordings have been released by Tin Angel Records, based in Coventry, England.  She collaborates regularly with Toronto-based band Bernice and producer Sandro Perri.  In Summer 2015, she recorded songs from a new collection, “The Gold String,” in Yukon and Nova Scotia.  She and her husband, producer Paul Curreri, live in rural Virginia.