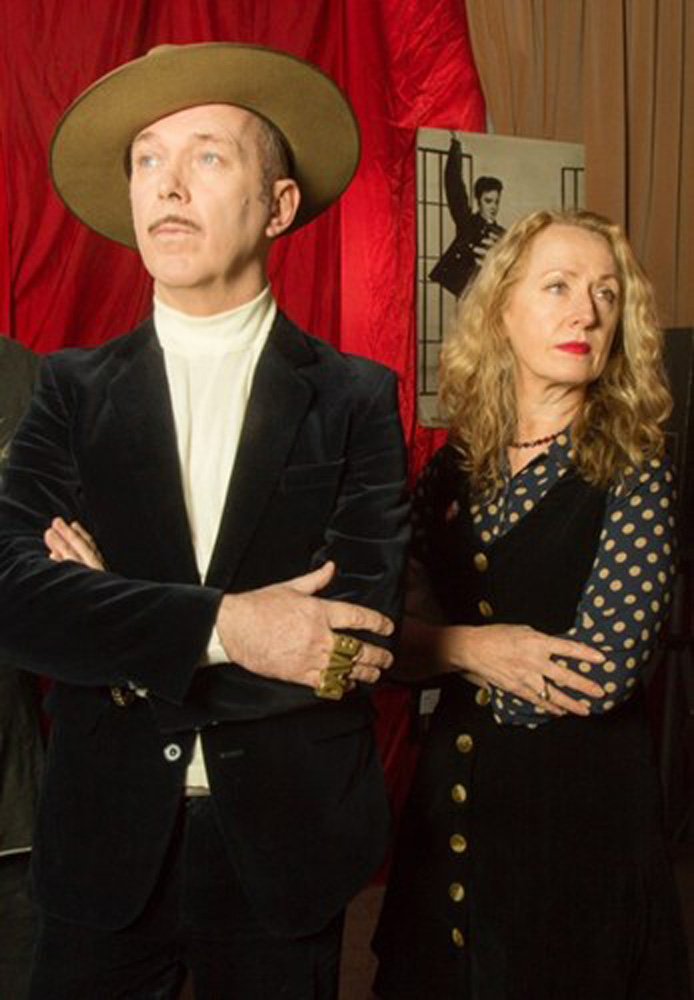 NO TICKETS WILL BE AVAILABLE AT THE DOOR

From their beginnings in Adelaide via Melbourne via London post-punk band The Moodists, Dave and Clare’s creative partnership has spanned countless projects including Dave Graney ‘n’ the Coral Snakes (during which the self-proclaimed ‘King of Pop’ won an ARIA for Best Australian Male Artist); the country-flavoured R&B act The White Buffalos; a series of acclaimed solo albums including the double album Hashish and Liquor where the two were responsible for a disc each, and various soundtrack work for ABC documentaries as well as the motion picture Bad Eggs.

Dave Graney has also recently released “Workshy – My Life as a Bludge”, his return to the published page where he reveals the lengths he has gone to avoid anything that really feels like work. In his inimitable style, Graney veers from a feckless childhood in blue-collar South Australia, to the punk rock scene of 1980s London, and beer-soaked nights touring Australia where he worked very hard at not working at all.
But in slacking off, Graney became one of the hardest working musicians in the industry, constantly evolving, reinventing, staying one step ahead of everyone – even himself. Workshy is half written by Dave Graney the consummate and tireless performer, and half-written by Dave Graney the bludge. The magic is that you’re never sure which is which.