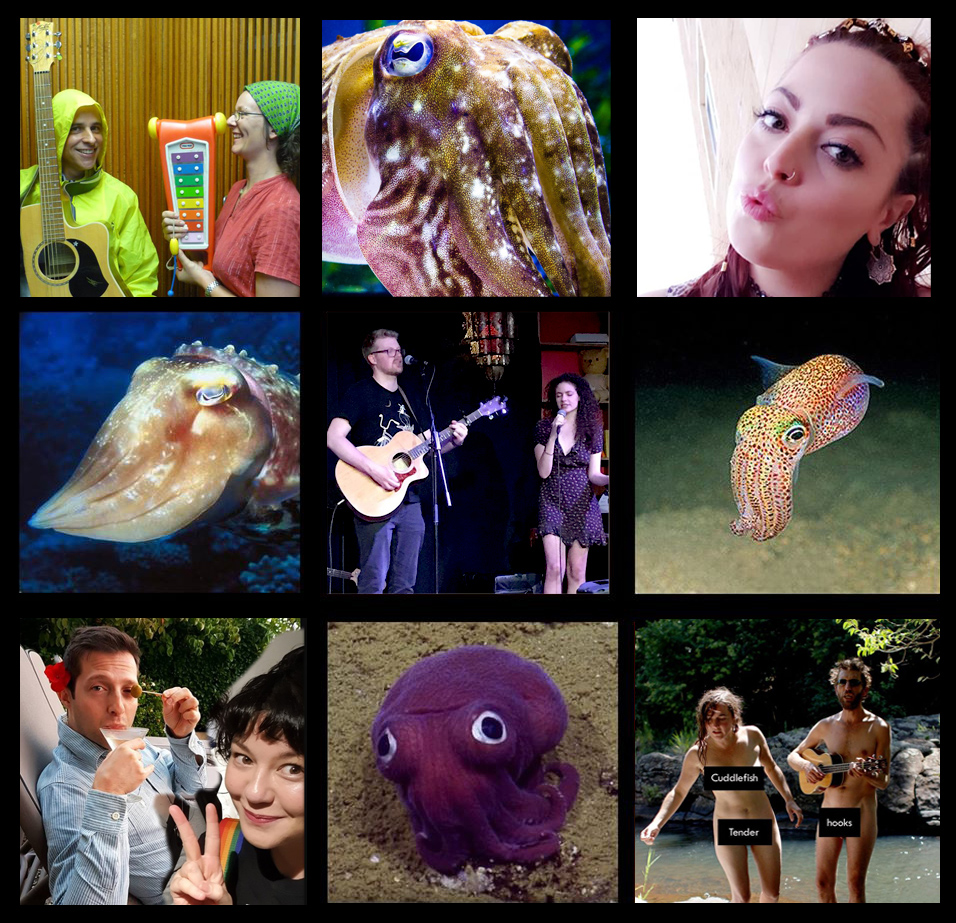 Cuddlefish and Friends
In full technicolour

Come for the cuddles, stay for the poisonous beak. And for our friends, Bambi Valentine, The Cashews, Nicegood Things and The Standard Deviants.

Join us at Smith’s for an informal evening of songs, stories, tentacle lovin’ and for the ‘light show’. Cuddlefish, shy elusive creatures that they are, have yet managed to gather a small coterie of entertaining friends and they’ll all be assembling at their favourite rocky outcrop in the Monaro Archipelago. Appearing:

Canberra’s favourite folk duo, famous for putting on gigs in impossible to access locations, some of which they’ve mentioned in songs they’ve written.

An acoustic trio that’s a little bit folk-ish and a little bit punk-ish, the Standard Deviants sing songs to remind you that feeling sad and being bad is the most normal thing in the world, and they’ve got the data to prove it.

Some time after choosing the name Cuddlefish, Cuddlefish googled Cuddlefish and discovered there was a band called Cuddlefish in Canberra twenty years previously, who put out an album called ‘Harkle’ in 1992.

Cuddlefish have played more gigs fully naked than they have fully clothed (This gig will be clothed).

When they die, Cuddlefish will leave behind skeletons that you can use as a healthy dietary supplement for budgies.