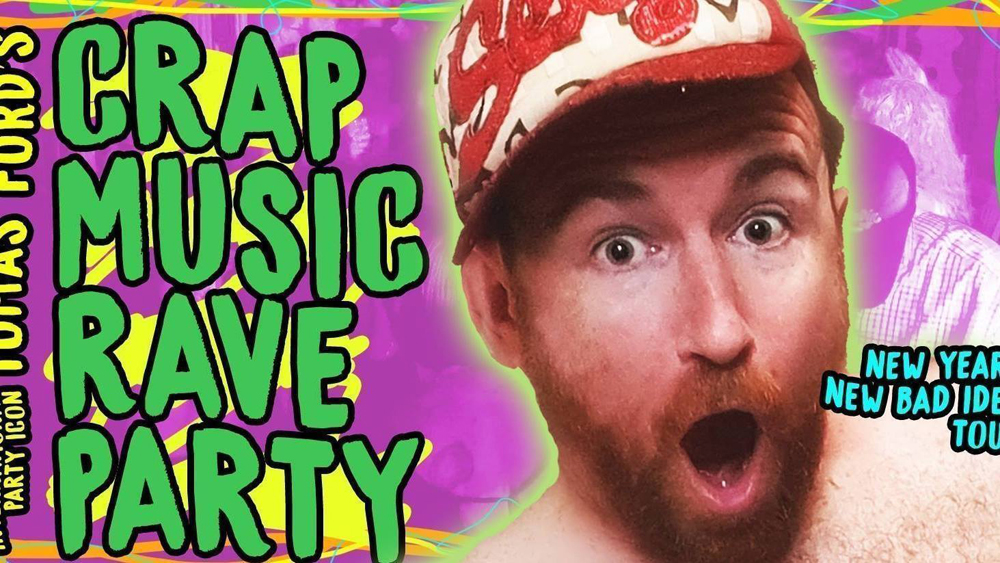 International party icon Tomás Ford is bringing has super-fun Crap Music Rave Party to Smith's Alternative for a huge night on Saturday February 23. Tomás is the world’s most hyperactive DJ, proudly playing the songs you love to hate as he lipsynchs his way through the night, projecting home-made rave-style videos, dons Red Dot-level costumes, flashes DIY hardware store disco lights with his hands, improvises drag shows and clowns his butt off. It's a hilarious experience that'll keen you laughing and dancing all night.

Tomás loves to play requests, so think of your favourite least-favourite songs and (as long as they’re fun and we can dance to them) and he’ll give ‘em a spin! Not sure what to ask for? Here’s some ideas… 5ive, Dannii Minogue, 90’s Bon Jovi, the Dirty Dancing soundtrack, Rogue Traders, Alien Ant Farm, Cher, Fergie, Silence by Delerium, Crazy Frog, John Paul Young, Aqua, Christine Anu, that Wassuup! song, ABBA-Teens, Enrique Iglesias, Mousse T… hell, he’ll even play Nickelback if you ask nicely.

Crap Music Rave Party has sold out shows around the world, including four massive years at the Edinburgh Fringe festival and mega tours around New Zealand, Australia and the UK. It’s the most gloriously silly idea he’s ever come up with (which is a pretty big call if you’ve seen one of his other shows). 2019 sees the show touring with new video projections, an array of crummy new costumes and tons of new bad ideas. The last few times he's hit Canberra have been enormo-parties that have sold crazy amounts of tickets - he hasn't been back here for over a year (whaaaat!??) and Smith's is super-cosy, so make sure you book quick!!