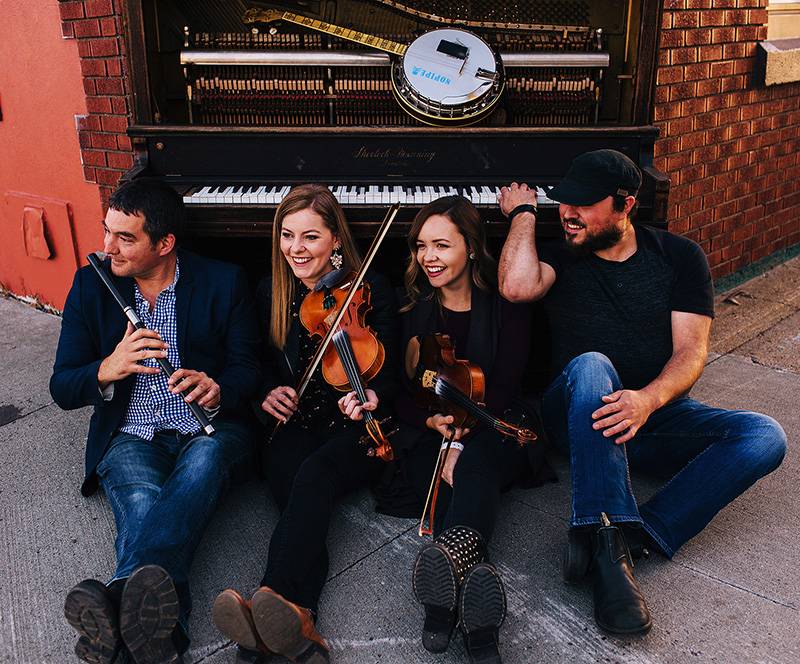 With the fiery Celtic high-energy style as its musical core, Còig easily shifts between century old tunes of past generations to original and upbeat compositions, featuring the bands range of over a dozen instruments (vocals, fiddles, piano, guitars, banjo, mandolin, viola, bouzouki, whistles, and more). With driving tunes, haunting songs and infectious energy, Còig is an unparalleled music force.

“We all come from sort of a traditional background, but then we have different influences that we’re interested in,” explains fiddler and singer Rachel Davis. “Jason (Roach, pianist) has a jazz degree, and listens to a lot of different music. Chrissy (Crowley, fiddler) likes to dive into a lot of world music, Darren (mandolin, guitar, banjo, etc.) comes from a kind of Irish theme from playing around a lot. More of the traditional Cape Breton stuff is really what I love, plus all the folk songs, so it’s an interesting mix.”

The Cape Breton quartet have earned rave reviews from audiences around the world and an impressive list of credits for their recordings, ”Rove” (2017), “Carols” (2015) and “Five” (2014) including a Canadian Folk Music Award, a JUNO Award nomination and multiple East Coast Music Awards and Music Nova Scotia Awards.

“...every number is convincing and compellingly delivered. This group’s ability to back songs on piano, fiddles, cello, guitars and more gives them enormous scope, and keeps the surprises coming.” - Alex Monaghan, FolkWorld

The best in trad music, in a non-traditional way. That’s Còig.