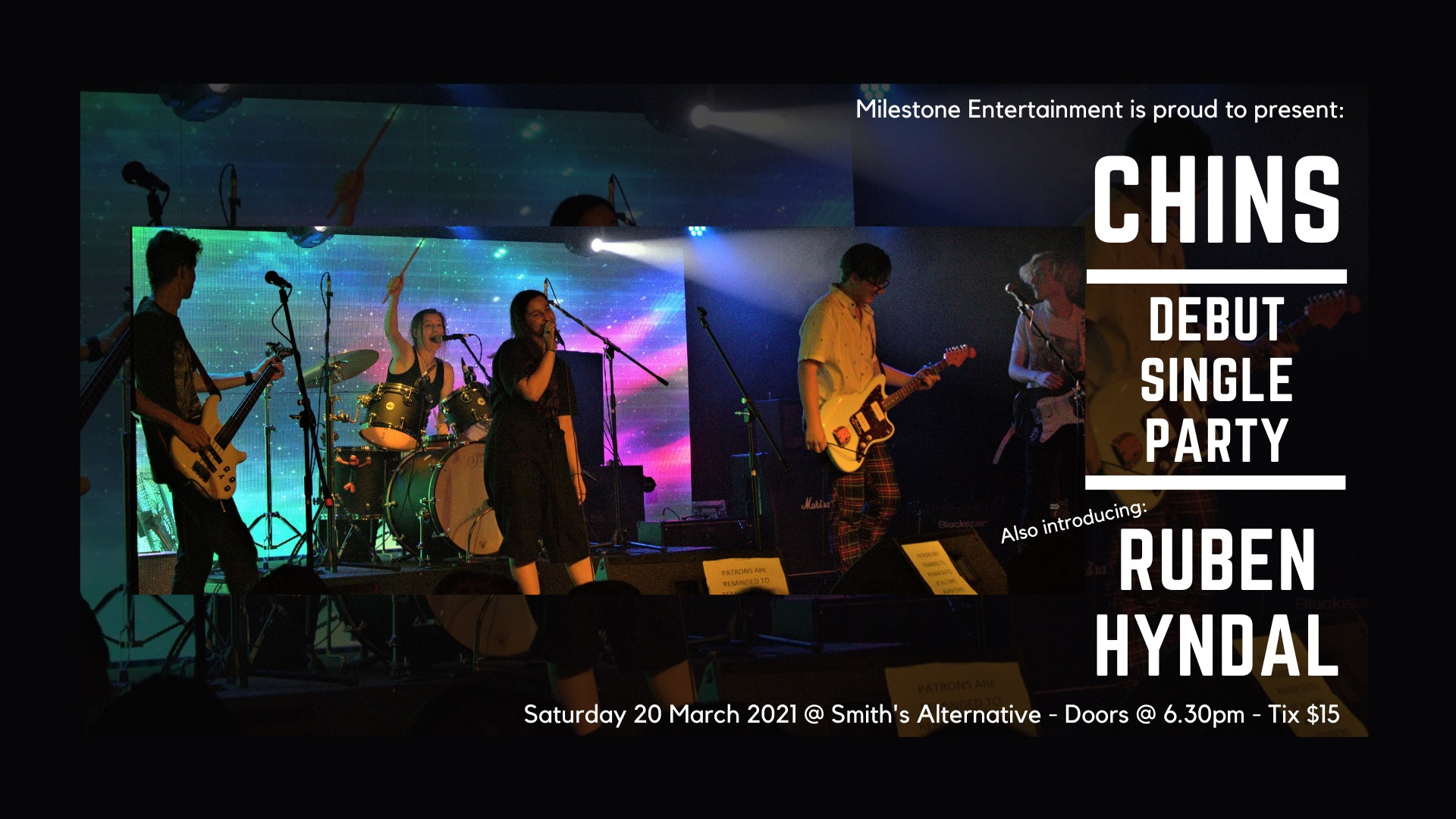 Back to where it began ... Chins at Smith's Alternative for their 'debut single party'.

This is a 'milestone' event for Chins!

Intentionally chosen, Smith's Alternative is where Chins' had their debut performance - now it is where they will be launching their soon-to-be released debut single!

Having been hard at work at Infidel Studies with the amazing Joel from Canberra Noise Floor, Chins are excited to give you a 'sneak preview' of the singles they are planning to release over the next 12 months.

Come and celebrate with Chins as they deliver a memorable full hour set - and be part of Chins' celebrating Ruben Hyndals' debut performance!

Delivering a dynamic show, Chins’ diverse set lists range from Light Indie Rock through to Hard Core Punk – with a twist of grunge.

Interspersed with covers from bands like “The Cure” and “Skeggs”, Chins have an array of originals with an energetic stage presence that has resulted in the Chins’ shows being described by The Basement as "contagious!"

Tickets are strictly limited! Under 18's must be accompanied by a responsible parent, guardian or carer.