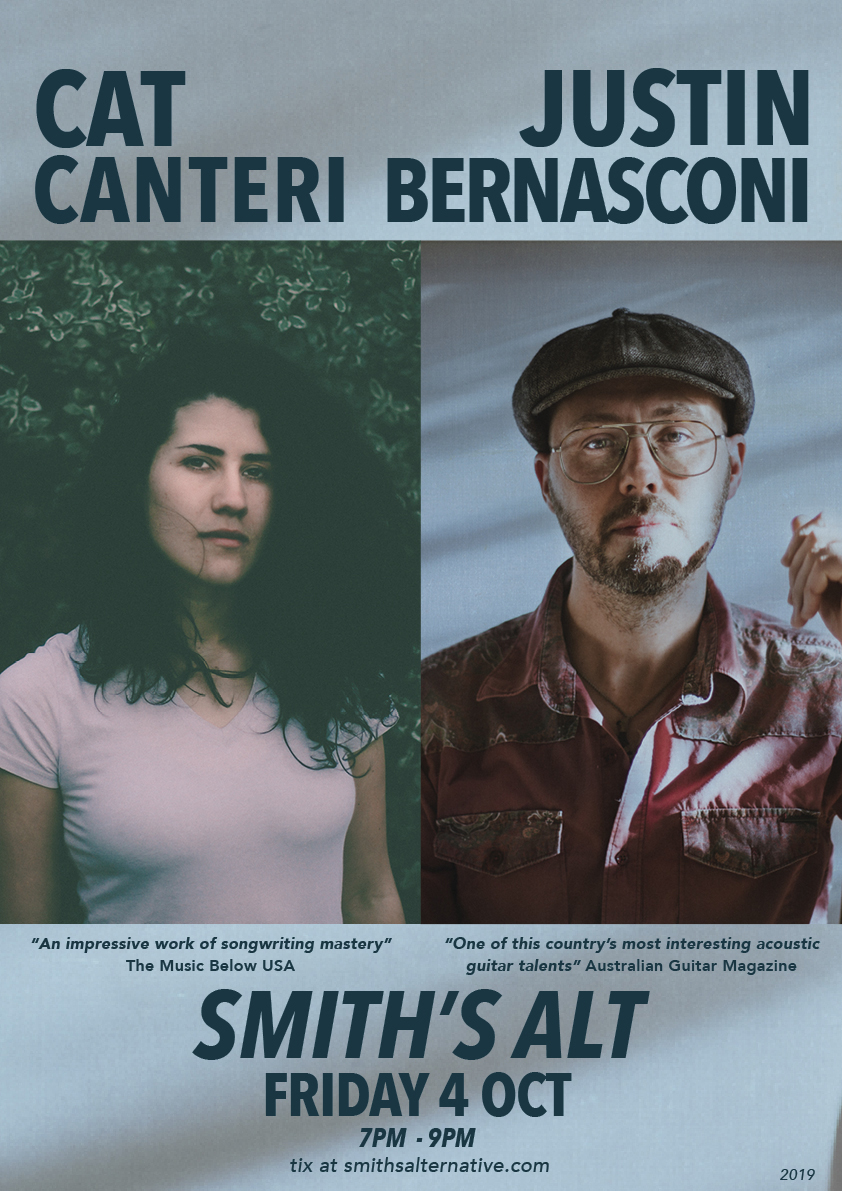 Cat’s and Justin’s music has reached from London to Austin and beyond. Here they unite to present a remarkable night of guitar playing and social storytelling.

Showcasing her stunning voice and cutting edge songwriting, Cat Canteri’s latest album ‘Inner North’ was nominated for Best Roots Album in The Age Music Victoria Awards in 2018 and described as "an impressive work of songwriting mastery" by The Music Below (USA).

Justin Bernasconi is considered a rarity among guitarists and songwriters, straddling styles and sounds from blues, Appalachia and English Folk, his highly original tunes are infused exciting guitar playing. UK mag fRoots declared, 'like Leo Kottke and John Fahey on the instrumentals and John Prine on the songs’.