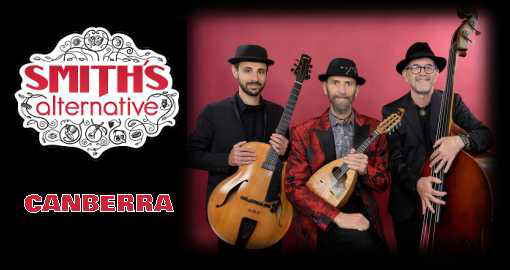 Time travelling along the Italian tradition to rediscover its peculiar soundtrack.

After their first album “A Mandolin Journey”, a musical tour through the continents, the Carlo Aonzo Trio (Carlo Aonzo on the Italian mandolin, Lorenzo Piccone on the acoustic guitar and Luciano Puppo on the double bass) is back, this time travelling along the Italian tradition to rediscover its peculiar soundtrack. Once again the main character is the mandolin which, in the personal unique modern and eclectic style of Aonzo, makes such repertoire surprisingly catchy and contemporary.

From Raffaele Calace to Domenico Modugno, passing through the Italian regions and the best Bel Paese song tradition, "Mandolitaly" breaks apart and casts a new light on the Italian music heritage: from the internationally known "Arrivederci Roma" and "Roma nun fa la stupida stasera" to the great historical fathers of mandolin as Carlo Munier for a taste of classical repertoire. All revisited and rearranged by the charming Trio style in a melting pot of musical genres. And so "Volare" (Nel blu dipinto di blu) is mixed together with Jamaican reggae music, South American rhythms up to an intimate romantic atmosphere, while John Coltrane is imagined "tarantelling" in the streets of Naples…

Carlo Aonzo is a worldwide known Italian mandolin performer, native of Savona - Italy - where he grew up immersed in music, since his home itself hosted the music school of the "Circolo Mandolinistico G. Verdi”.

Graduating with honors from the conservatory in Padua (1993), he has played for several prestigious institutions like the Philharmonic Orchestra of La Scala in Milan (Italy), the Nashville Chamber Orchestra (USA), the Carnegie Hall (USA), the McGill Chamber Orchestra in Montreal (Canada), the Philharmonia of San Petersburg (Russia), the Minsk Chamber Soloist (Belarus), Schleswig-Holstein Musik Festival (Germany).