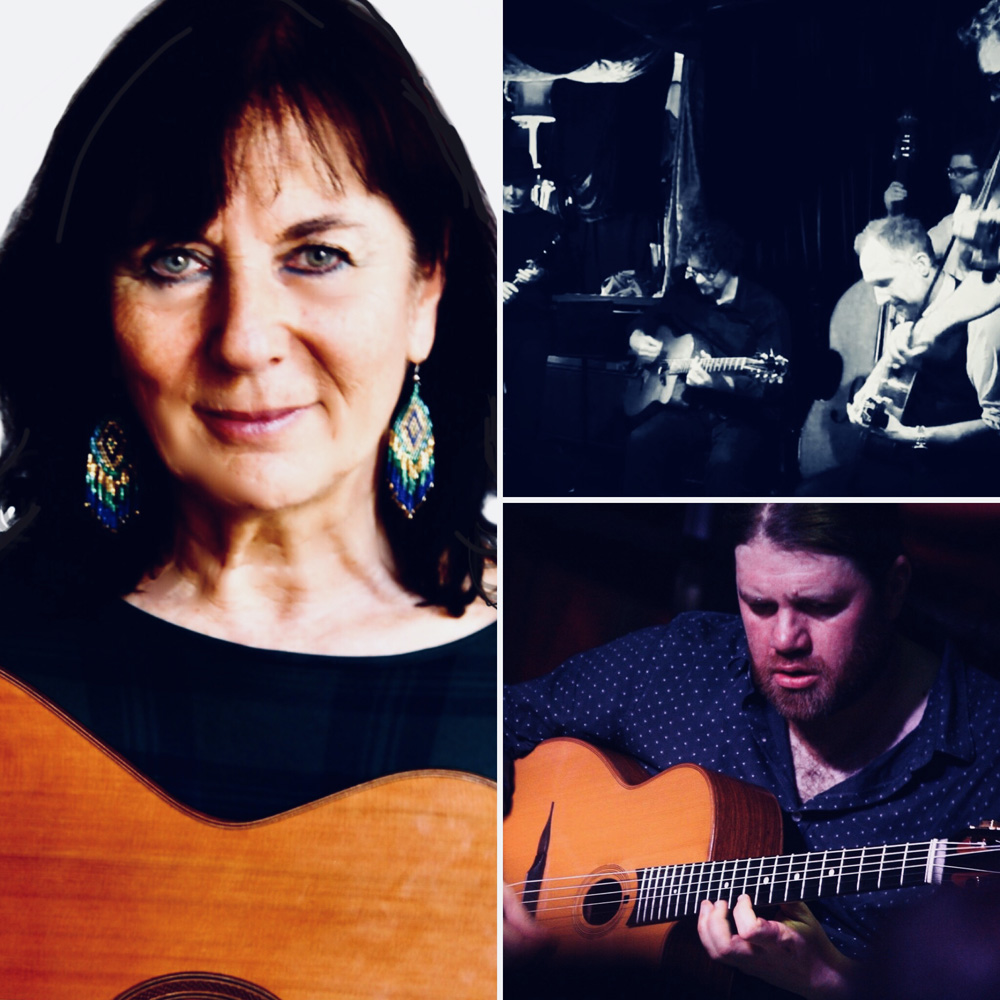 Join us for a night of elegant swing, Sinti Gypsy melodies and hot swing music when The Gypsy Jazz Project meets The Cameron Jones Trio and Irene’s Gypsy Swing Band.

The Gypsy Jazz Project (GJP) is a Canberra based quartet playing Gypsy Jazz in the style of Django Reinhardt. Featuring Sverre Molland and Bruce Rose on Guitars, Anthony Irving on Double Bass and Stephen Rouche on clarinet and vocals, the GJP will bring a smile to your dial and get hands clapping and your feet tapping. The GJP plays regularly at jazz venues in Canberra and neighbouring regions, as well as private functions, weddings, vineyards and cocktail parties.

Cameron Jones is musician who draws inspiration from the driving rhythms and melodic honesty of the acoustic gypsy jazz guitar. He performs regularly with prominent Sydney bands, The Spyglass Gypsies and Gadjo Guitars. Jones is also the Creative Director of the Brisbane based OzManouche Festival. Australia's only festival dedicated to gypsy jazz.

For this performance Jones will be featuring material, The Waterfall Way his first album under his own name. The album draws its repertoire and inspiration from his travels to France and The Netherlands over a period of 5 years where he was able to explore the very source of gypsy jazz music.

Amsterdam based singer, songwriter and guitarist, Irene Ypenburg grew up in a musical family learning piano, singing and guitar from an early age and studying dance in New York in her twenties. Irene discovered gypsy jazz five years ago and in that relatively short space of time; has grown to become an important part of the international gypsy jazz music scene. Irene performs regularly with world-renowned musicians and travels the globe playing gypsy jazz festivals in the USA, Europe, India, Nepal and now Australia.

In addition to her musical abilities, Irene is a skilled visual artist contributing poster art and cartoon animations for both the 2017 and 2018 Brisbane OzManouche Festival and is also an active vlogger documenting her musical life and the international gypsy jazz scene via her YouTube channel, Irene’s Gypsy Jazz Adventures.