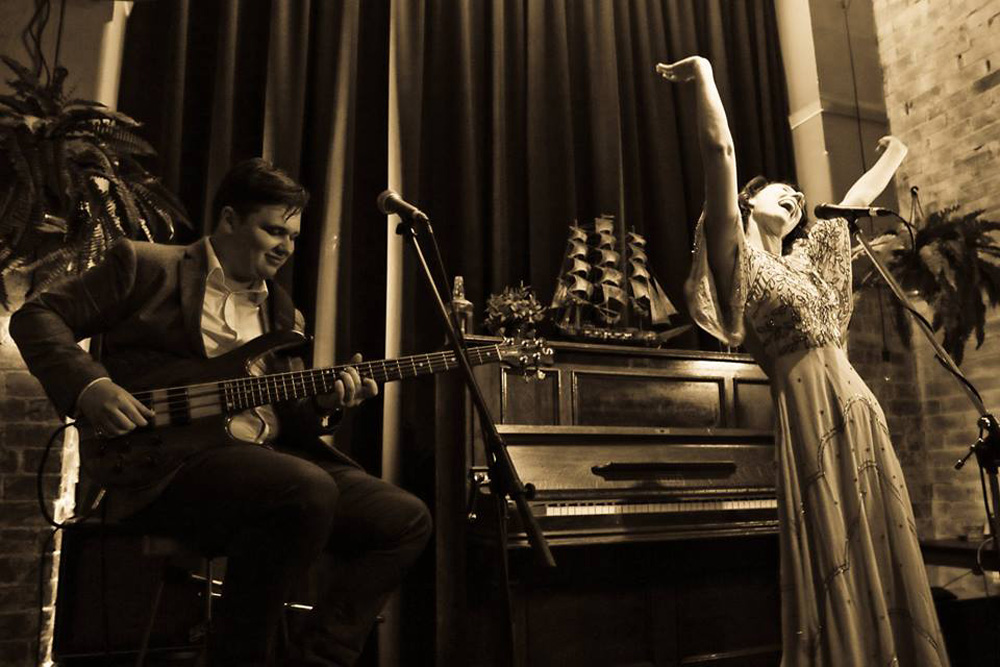 Influenced by jazz, classical and pop, Bravo Victor's sound could be described as a 'melting pot' of these genres' harmonic language and performance practices.

Bravo Victor is an Australian based Bass and Voice Duo. Its members comprise of Bassist Jonathon Burgess and vocalist Sophie Aked. The pair met in 2013 during their studies at the Newcastle Conservatorium where they both undertook a Bachelor of Music. Both musicians have a very different approach to writing and listing to music, which stems from their different musical backgrounds; Jono’s in Jazz and Sophie’s in Classical and pop music.

Bravo Victor’s sound could be described as a ‘melting pot’ of these genres’ harmonic language and performance practices. Through their strengths and passions, Sophie’s for poetry and melody and Jono’s for the intricate inner workings of harmony, complex and striking original music has been created. Since 2015 the pair have been writing music and gigging around the Hunter and Sydney regions.

Their 2017 highlights include releasing their debut five track EP, which they look forward to touring it nationally in October 2017. In 2017 they were also finalists in the University of Newcastle Band Competition.

Sara Flint brings a mixture of soulful, smooth and at times haunting vocal stylings readily comparable to Norah Jones, Daughter with a range of acoustic guitar tricks including intricate finger picking and percussive playing. In her short time on the scene Sara has shared the stage with friend Jack Biilmann, The Voice's Nathan Hawes, Skyscraper Stan and played live on Canberras biggest commercial radio station 104.7. Sara has also recorded a collaboration with Jack Biilmann set for release next year. With the end of school fast approaching expect a busy 2017 from Sara with shows and new music in the works with Canberra producer Matt Barnes.