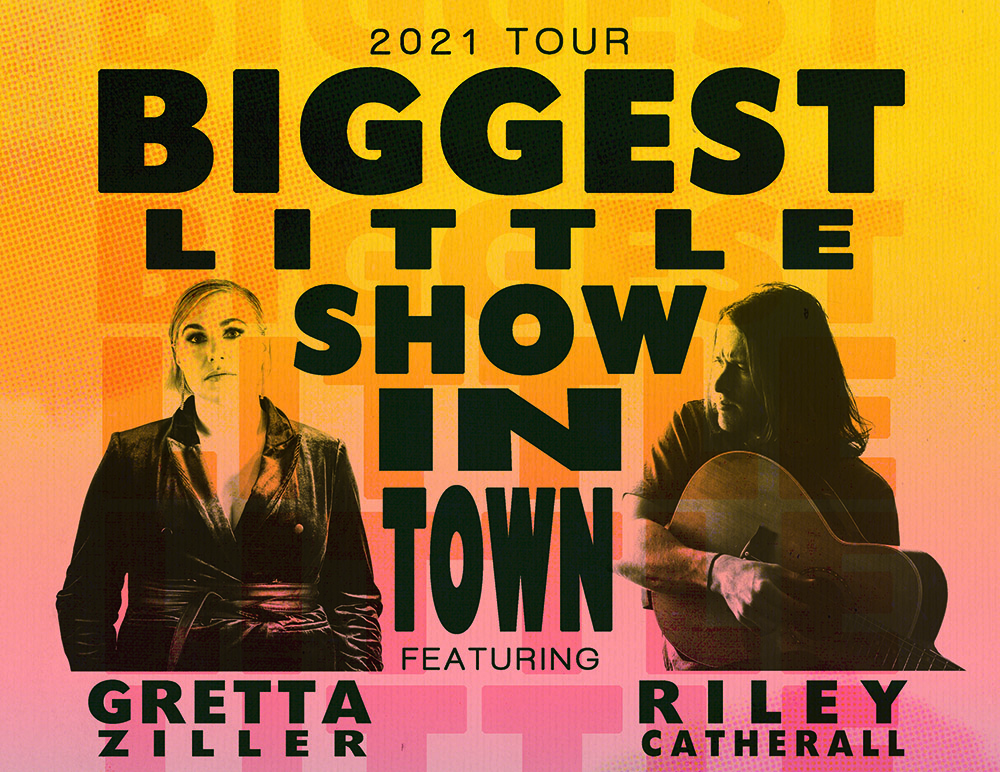 Melbourne Alt-Country singer-songwriters, Gretta Ziller and Riley Catherall, are joining forces this autumn to celebrate their new single releases with The Biggest Little Show In Town Tour. Off the back of very different 2020 filled with live streams and lockdown concerts, the two critically acclaimed songwriters will be playing shows in 4 states as they make their way from regional Victoria up to Queensland and back.

Riley’s last release Leave Me Out To Dry, helped illustrate a patient lyricist in the genesis of his career – with over 50,000 Spotify streams in the first month and widespread national airplay, his newest release Vacant Lot has big shoes to fill. Catherall’s ability to tug heartstrings, though, and his charming presence on stage prove that this new release and accompanying tour will prove to be nothing short of arresting and memorable.

As for Gretta Ziller, the songstress’s powerful vocals and stunning writing leaves clear impressions on those who have seen or heard her before. No stranger to extensive touring, Gretta’s debut record Queen of Boomtown exhibits hallmarks of classic Americana music: with an extensive blend of Roots, Jazz & Blues, Folk and Alt-Country music – her latest single Unlikely Believer pulls the rug out from under you, providing us with an evolved direction, and a glimpse into the upcoming record. Signing with ABC Music in 2020, Gretta returns with her latest single Fan The Fire, due for release March 19th.

“We are incredibly thrilled to be able to get out and tour again, as are we excited about the release of some new music. I know we have missed live music over the last 12 months, and we look forward to celebrating the release of our latest singles with those who come see us on the road.”