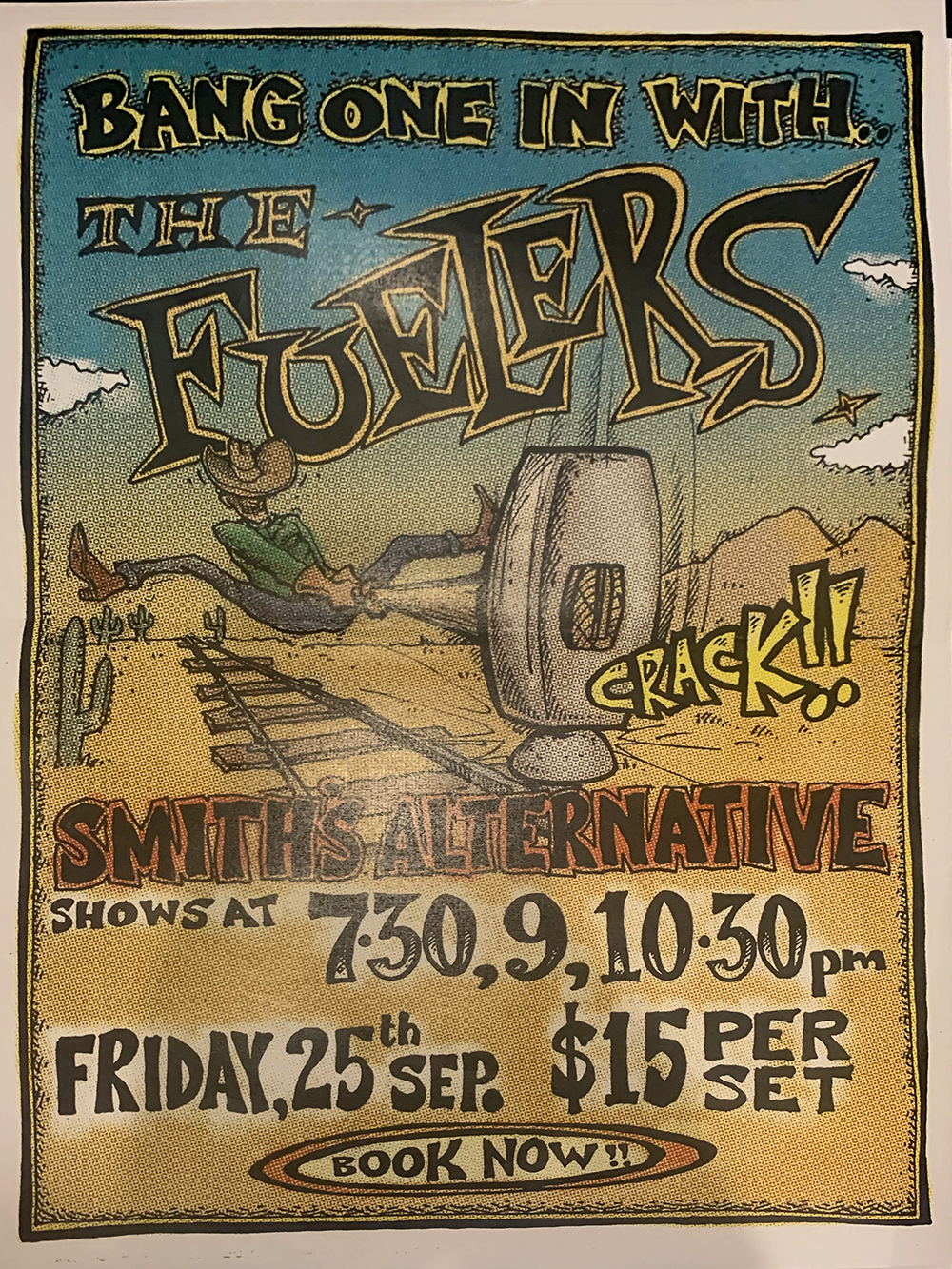 Bang One in With The Fuelers

Three shows, all different, but each replete with banging bangers that'll keep you chair dancing all night long.

The Fuelers hold the rare distinction of being the last Canberra band to play at the opening of the Melbourne Building to still be playing to this day. Here they return to the scene of that infamous evening (there were reportedly many shots fired in joy and anger, a priest was found cavorting with a bar maid and, following, the Canberra-Sydney railroad was allegedly stopped short at Kingston to avoid contact with the ‘Wild North’). They’re also Canberra’s hardest working band, with appointments scheduled from 9am to 5pm every weekday. Book in with them early as there’s a constant stream of accolytes queueing for their pearls of wisdom.

Owing to Covid restrictions, The Fuelers will be playin three separate shows at 7.30pm, 9.00pm and 10.30pm of the clock.