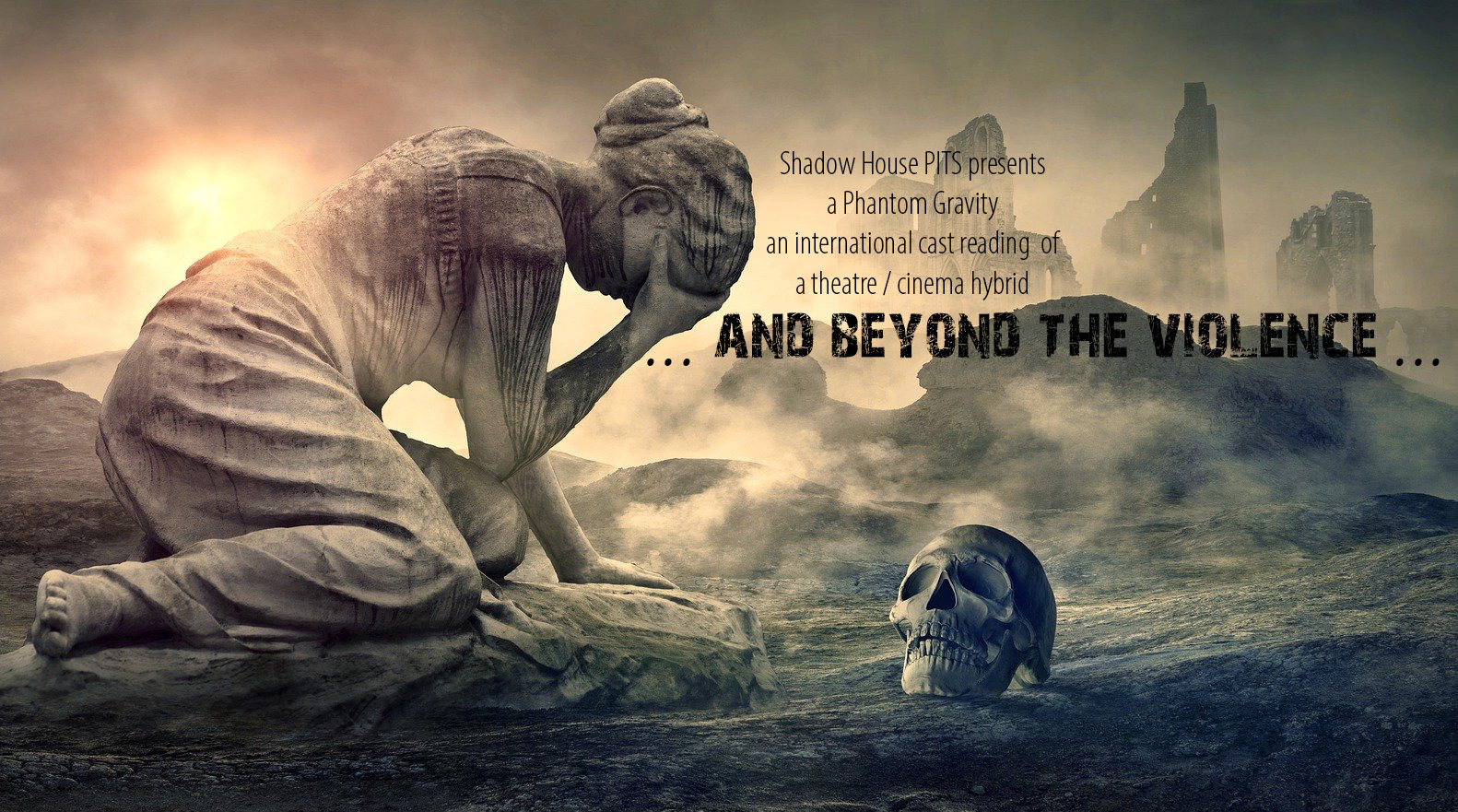 And Beyond the Violence

The presentation at Smith’s Alternative is an International cast reading of a theatre / cinema hybrid work involving themes and experiences on an epic scale.

While "And Beyond the Violence" deals with political themes it is not a political play. Nor is it simply a fantasy realism or simply an absurdist piece. Rather, it deals with the inner workings of one's personal psyche in dealing with cultural and historical machinations of creating reality. Hopefully, the play questions belief and certainty. It features surrealist style elements though with a more traditional story-telling narrative.

And in the shape was a darkness; too many thoughts clamouring to make form; some new terror from the collective mind-set of cultural generations cluttering the ether with their rampant and violent dissonance. And at some point in some fragmentary daydream was conceived the harbinger of gods; that most violent of all things; the restless spectres of competing beliefs demanding surveillance and submission to their exhortations of fear. Yes, the spectres became writers, philosophers, gurus and politicians that shaped the bureau of all control over the masses who demanded nothing less than strong patriarchs of certainty like dead pigs’ heads on decaying sticks that some guy wrote about in the 1960s or was it the 1950s! Meanwhile the tribal charlatans who spoke in the name of the spirits led the massacres of the others who also proclaimed the names of the spirits. The first born and the miscellaneous children and mothers slaughtered in pious action by the darkness of the clamouring form ... And the vapours from the spectres became universities of the body politique from the carcases of the original dissonance. And there is the history of the world in a page of a semantic playground ... and the killing goes on. The charlatans keep singing the songs of populist sentimentalist pap and the intellectuals prove their narcissistic necessity ...