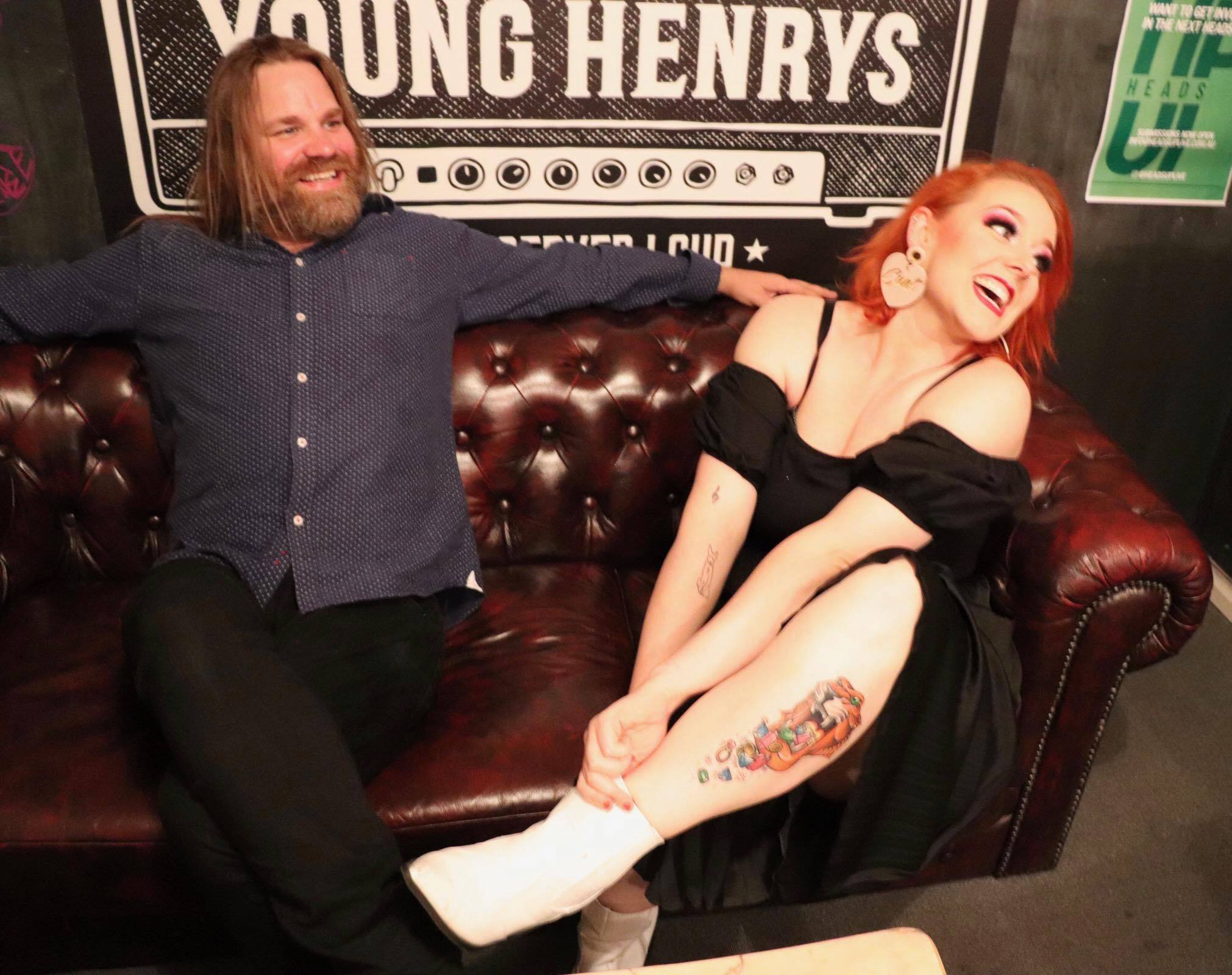 Alice Terry and Phil Stack have been out-beasting each other for years, Stack with his absurdly-brilliant and unique bass playing, and Terry with her voice to make your toes curl.

Phil Stack will open on piano, bass, and voice with songs from his debut EP 'Lap Around the Sun' and from his upcoming full length studio album. Then Alice Terry will join him to play a balls to the wall, tear jerker, face melter of a set with music from her debut album 'The Fear of' and some new material too. If you like ridiculous jazz chops, and unmistakable groove (Phil), a huge/stunning voice, and sassy as hell songs (Alice) then this show is for you.

ALICE TERRY
Terry began life singing classical, jazz, music theatre but was beckoned by the Dark Lady of Blues when she fronted her first touring Blues Band at the tender age of 17. Terry found early and great success performing gigs such as Narooma Blues, Thredbo Blues and Moruya Jazz Festivals – at which she held her own with the vocal veterans in the game.

It took ten years between those early shows and the release of her debut album, during which she became one of the hardest working musicians in the game. Terrys debut single Emotion, released July 2018, went to number one on the iTunes blues charts within hours. The sold out launch that followed proved why Terry has been nicknamed ‘Sydney’s First Lady of Blues’.

Terry’s debut album The Fear of… stunned audiences with its lyrical wit, depth of heart, and timeless musicality. It peaked at number 3 on the iTunes blues charts though the album itself cannot be categorised as just blues. Terry sits somewhere between the country sensibilities of the Tedeschi Trucks Band, the folk of The Waifs, the soulful blues of Bonnie Raitt, and timeless jazz balladeers.

Her spirited performances and clever writing draws die-hard fans that never leave. Many lifers have found Terry whilst she was supporting an impressive cohort of both local and international headliners. With Allen Stone; Beth Hart; St Paul & the Broken Bones; Thirsty Merc; Matt Corby; and The Waifs, and festival appearances at: Sydney Festival Main Stage; Woodford Folk; Narooma Blues and Rockabilly; and Thredbo Blues Festivals, just to name a few.

Fresh from touring Australia and New Zealand as a backing vocalist for Matt Corby, she will be returning to perform with him in the next run of festivals over 2019/20 including: Falls (Fremantle), and Party in the Paddock, and a NZ run supporting Ben Harper & the Innocent Criminals.

PHIL STACK
Hugely In demand Australian bassist Phil Stack is one of a rare breed who seamlessly crosses genres from Jazz to Rock , achieving equal amounts of recognition and success in both. A force of nature on the double bass, Stack attacks the instrument with an energy, vigour and passion almost unparalleled. He has performed and recorded with the who’s who of the music industry including being James Morrison’s mainstay bassist of choice since 1997, with whom he toured extensively.
In 2002 he along with Rai Thistlethwayte formed Rock band Thirsty Merc, going on to record and produce multi platinum selling albums and Receiving Aria Nominations for the group. Thirsty Merc still tour all throughout Australia.

Stack has also performed with Branford Marsalis, Wynton Marsalis, Mark Murphy, Tommy Emmanuel and Lalo Shifrin. He has recorded wiith James Morrison, Katie Noonan, You Am I ,the Potbeleez and the Whitman’s, to name but a few. Phil took out first place in the 2008 National Jazz awards.

He is also a singer songwriter, producer and multi instrumentalist, releasing ‘Lap Around The Sun’ in 2015. He is currently working on a full length solo album as well producing other artists in his own studio in Sydney.

”Phil Stack proved to be one of the revelations of the festival. He is well known for his work with James Morrison, but the bassist's performance in the competition revealed another side of his brilliant artistry. His solo piece was full of drama, surprise, invention and wit, and as mesmerising as anything i heard in the weekend's concerts."
(The Melbourne AGE Nov 5th 2008 reporting on The Wangaratta International
Jazz fest)