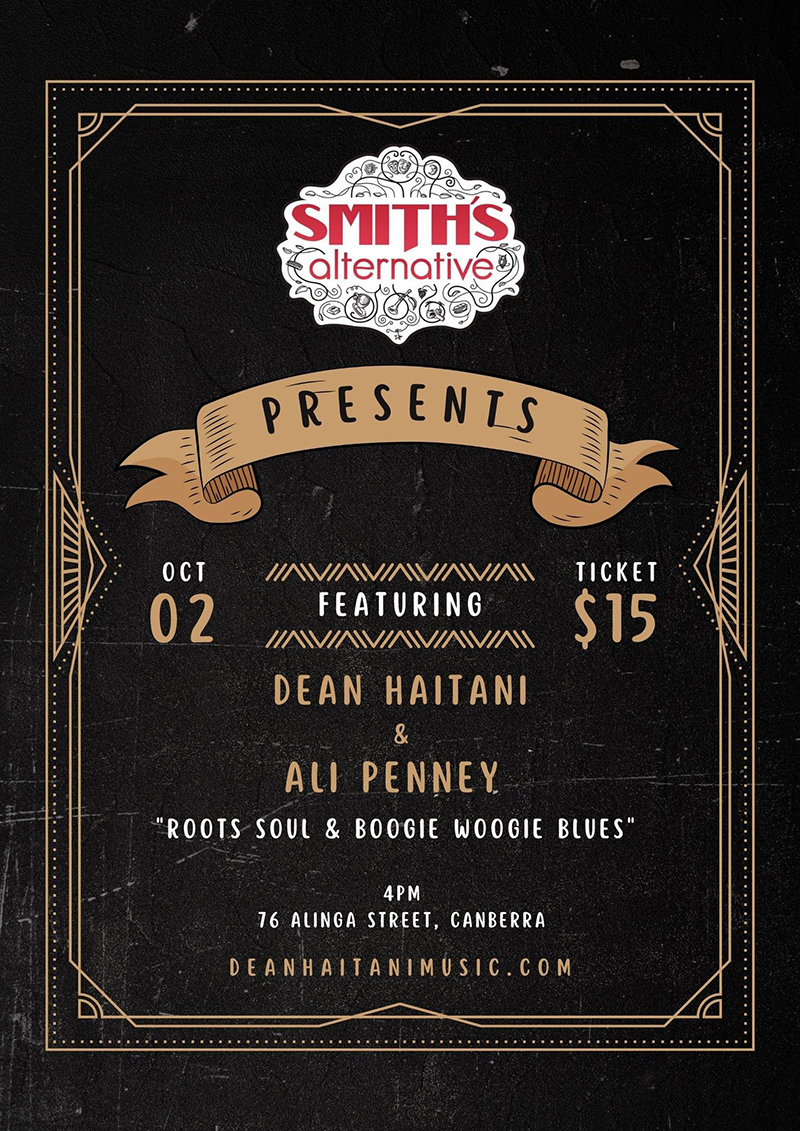 An afternoon of roots, soul and boogie woogie blues with two of Canberra's finest.

With his unique finger style and soulful earthy vocals, Dean Haitani draws inspiration from blues & roots music, and his love of funk and old school R&B rhythms. An accomplished guitarist/singer/songwriter, over the last 28 years Dean has toured the US, UK,NZ & Europe. His unique sound comes from his experimentation with the technical and his ability to cross many musical genres.

Ali has been performing, recording, and composing music in bands for over 25 years. These bands include The Hippos, Midnight Ramblers, Supro and Wayne Jury’s Dry Bones as well as international acts such as Andrew Junior Boy Jones (Freddy King’s guitarist), Kid Bangham (Fabulous Thunderbirds), Lloyd Jones and Todd Sharpville. She has recorded with Fiona Boyes, Dom Turner, the Cyril B Bunter Band and those west coast hipsters, The Vibrolators

Ali Penney & the Money Makers released its first album, "Temptation" in 2010, Her next album "Wait A Minute"  in 2012 was in the top ten in the Australian Blues Music Charts for 7 months and  with a new EP "And On It Goes" in June 2014, Ali scooped the 2014 Australian Blues Music 'Chain' Awards winning: Female Artist of the Year, and her band: Best Band, Best Album and Best Producer.The band won Sydney Performer of the Year in 2009 and represented Sydney in The International Blues Challenge in Memphis 2010. The band also received The Australian Blues Music “Chain” Award for Best Band 2010.