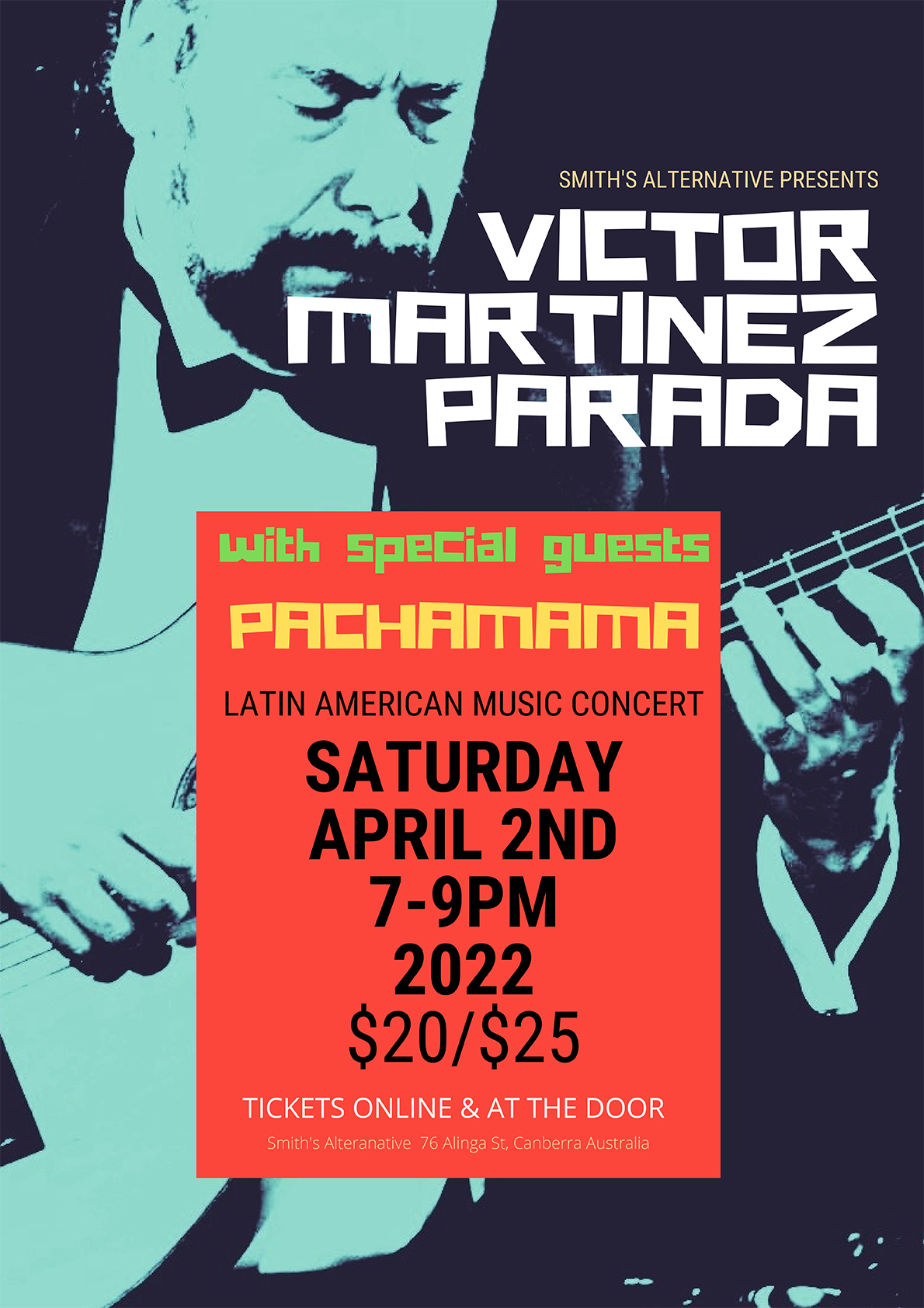 Chilean-born, Victor Martinez Parada is recognised as one of the world’s finest classical Latin-American avant-garde solo guitarists. Classically trained, over the course of a 50 year career which has seen him tour South America, Australia, Japan and China, he has developed an innovative style which generates a world of sound by interpreting music from the classics, folk, jazz and pop using multiple techniques. By listening to his fantasies on standards such as ‘El Condor Pasa’ and Stevie Wonder's ‘You Are the Sunshine of My Life’, you will appreciate not only how music has shaped him but also how he has shaped music and why his performances are so cherished by audiences. Hot on the heels of a triumphant concert at this year’s WOMADelaide, Victor Martinez Parada in concert should not be missed.