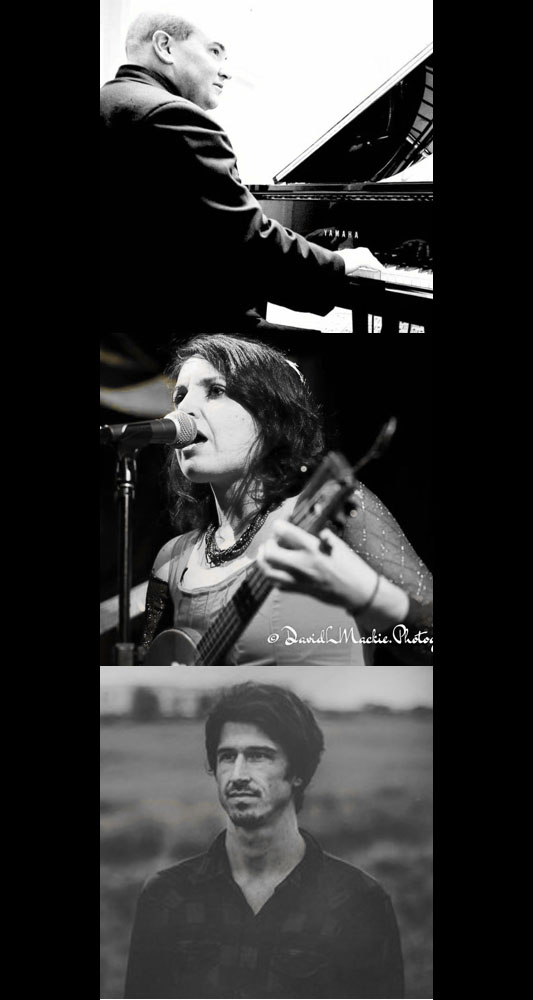 The stripped back sounds and stories of three singer-songwriters, Wayne Kelly, Emma Dryden and Jed Rowe - who is also launching his album.

Welcome to the August edition of Singer Songwriters Solo, wherein we explore the songs (and souls) of three singer-songwriters.

If you’re a fan of songwriters but sometimes feel you’d rather hear the songs without bands and all the tricks, noise and musical wizardry composers frequently use to pretty up their compositions, this is the gig for you.

The three artists submitting to our friendly but possibly forensic analysis are:

Wayne Kelly has been a professional musician for over 25 years and has played with notable musicians including Wynton Marsalis, James Morrison, Dale Barlow, Andrew Speight, Don Burrows and Roy Hargrove.

Wayne plays as a solo jazz piano player as well as with his own trio and with larger ensembles.

Emma is one quarter of feminist punk-rock powerhouse Glitoris and leader of jazz and folk influenced People I Love. This is a rare opportunity to hear her perform solo.

The son of two musicians, Jed Rowe grew up in rural NSW and relocated to Melbourne in 2003. He showed early promise as an author, winning a national undergraduate short story writing award. He released a solo EP Life (2006) before forming The Jed Rowe Band and releasing two albums: Midnight Sun (2009) and The Ember And The Afterglow (2012), which was produced by ARIA Winner Jeff Lang. His work has garnered critical acclaim and national radio airplay, and he was awarded a highly competitive Arts Victoria contemporary music grant in 2012. A festival regular, Rowe has performed at Tamworth Country Music Festival, Port Fairy Folk Festival and Thredbo Blues Festival amongst others. In 2014 Rowe toured internationally for the first time, playing 25 solo dates in Europe in just 24 days.