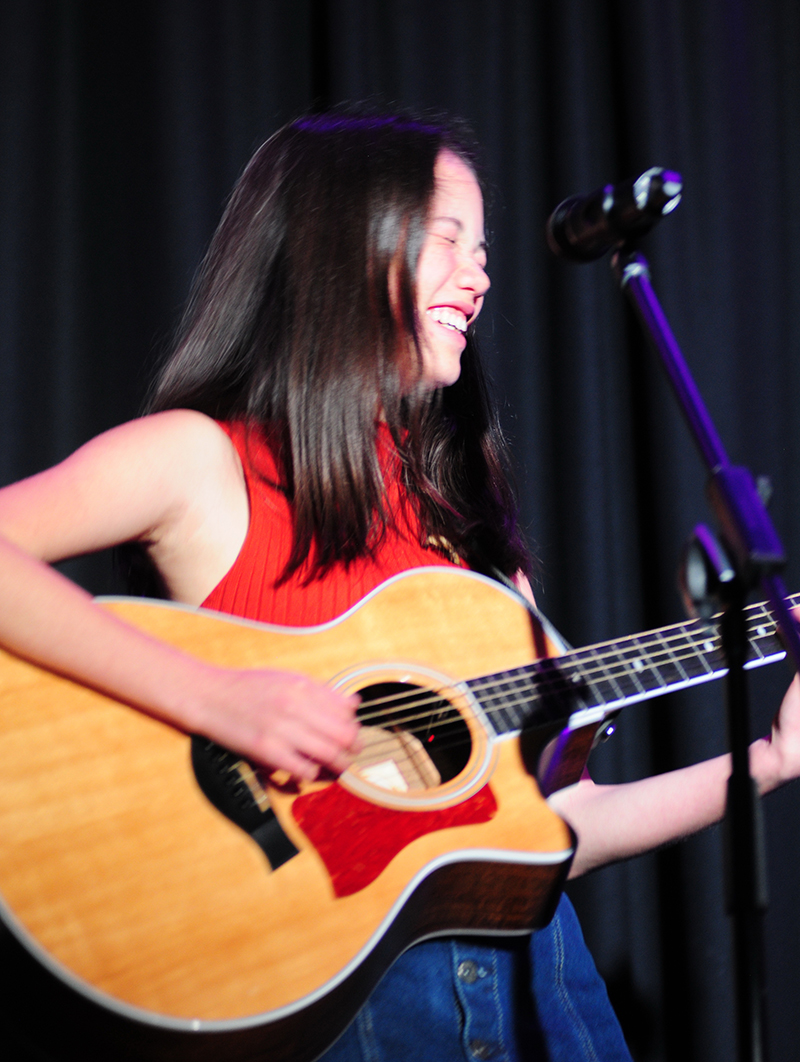 Fifteen year old performer Lucy Sugerman, will be bringing to Smith’s Alternative an afternoon of songs written from the heart about everything from her experiences with popular girls to her view on the plight of our world's refugees. Her angelic voice, well beyond her years and with incredible range, surprises and captivates the audience, also with her thought provoking and inspiring lyrics, resonating with all, old and young. Lucy will be accompanied by the infinitely talented James Ashley.

Recently crowned an Australian National Busking Champion, Lucy plays all kinds of events and venues from pubs to weddings to corporate dinners. She has been performing around Canberra since she was just nine years old.  In 2013, Lucy produced her first album with seven originals mixed and mastered at the Canberra ArtSound FM Studios. 2015 was the year Lucy skyrocketed into the Canberra music scene. In that year, she won ‘Best Performance of an Original Song’ in the Youth Traditions Awards at Illawarra National Folk Festival, became the secondary age category (13-17) Australian National Busking Champion, won ‘Best Solo Artist’ in the Canberra Institute of Technology School Stars Competition and became the youngest Lift Off Music Competition champion. As well as her run of awards, Lucy was an opening act for The Voice 2015 star Amber Nichols’ show at the National Arboretum Canberra.

In 2016, Lucy was hand selected for the RAW Canberra FUTURES Showcase at the Belconnen Arts Centre. She played at the National Multicultural Festival, and played for world renowned jewellery company Pandora’s corporate dinner at the Hyatt Hotel and was invited to play and open the ACT Chief Minister’s Student Welcome. Lucy completed her AMEB 8th Grade violin examination and won first place in Hyperdome Rising Star Talent Showcase. She was also invited to perform at the 2016 TEDxCanberra Conference.

Lucy has just finished her five track original Acoustic EP called The Hilltop Sessions, and is currently working on a second EP project.

Vendulka is a tiny power house who will amaze you with the maturity and power of her voice. She comes from Cooma, NSW. Playing her own songs and covers in a mixture of Folk/Indie/Jazz/Alternative.  Vendulka is currently working on an album and this will be one of her last shows before she travels to Canada to pursue her career!