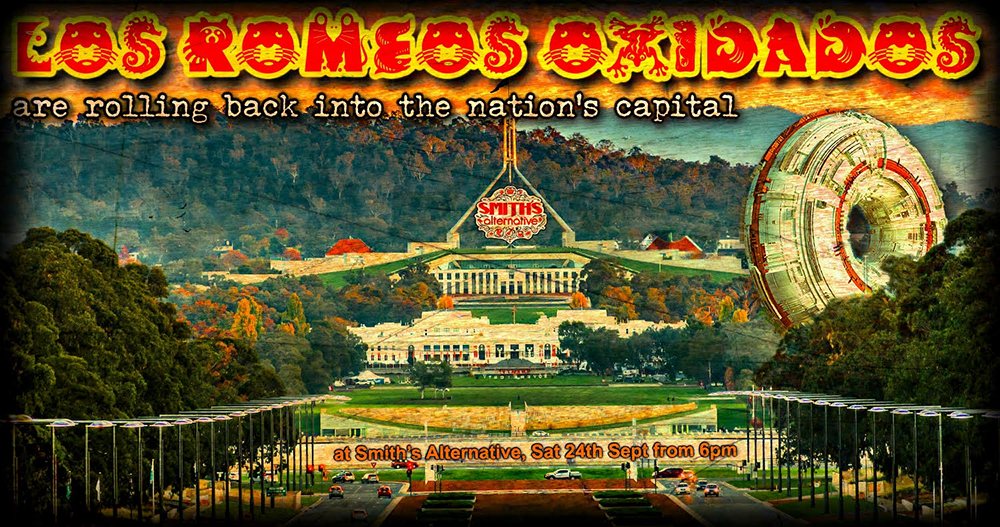 Los Romeos Oxidados play a raucous version of roots, rockabilly and country with influences ranging from Hank Williams to The Clash.

They have a history going back several decades to the late 1980’s when they were playing firstly as The Rusty Romeos and later as Los Dislocados. They have been performing, as regularly as is possible in the midst of a pandemic, in and around Sydney at venues including the Marrickville Bowling Club, the Gasoline Pony and the Butchers Brew (the latter two where they have regular gigs on the first Saturday afternoon of each alternate month), Willie the Boatman brewery and the Link and Pin in Woy Woy.