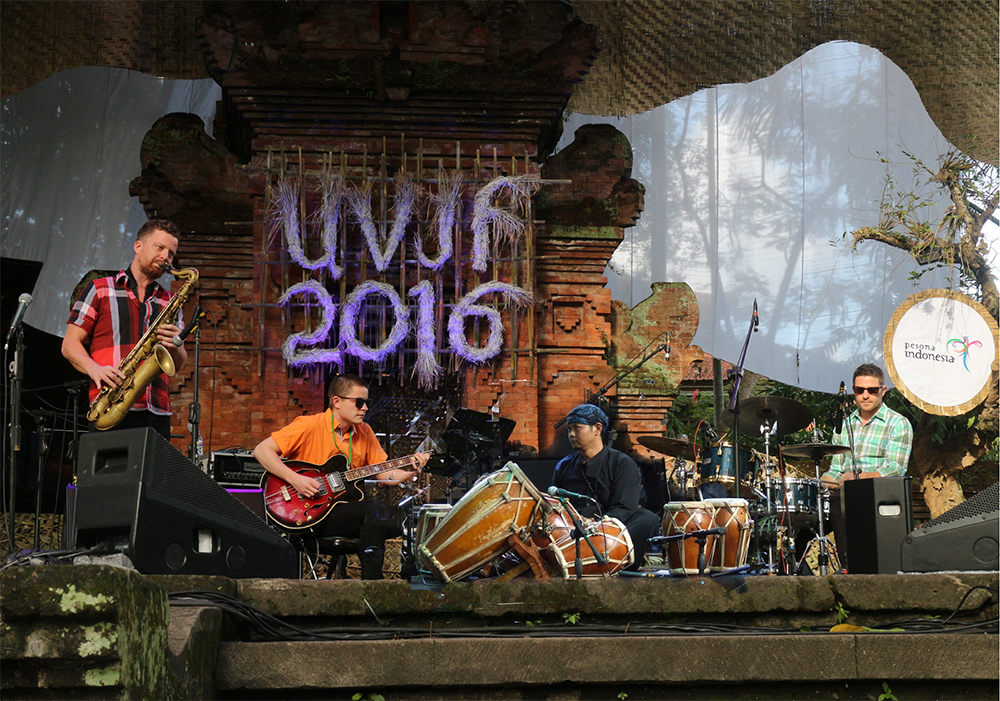 Modern Australian jazz meets traditional Indonesian percussion. A group of world class musicians come together in this project to create original music inspired by strong friendship and a spirit of adventure.

Julian Banks Group features some of Australia’s finest musicians collaborating with stellar Indonesian percussionist Cepi Kusmiadi on the Kendang Sunda. The Kendang Sunda is a set of two-headed drums used by people across many southeast Asian countries, but the oldest records of this instrument can be found in Indonesia's ancient temples, including ninth century Borobudur.

Kusmiadi’s bubbling magic on this beautiful traditional Indonesian instrument creates the perfect bed for the modern grooves and melodic sensibilities of Julian Banks’s original compositions, and will provide a unique experience for audiences unfamiliar with the sound of Kendang Sunda in a contemporary music context.

The group have thrilled audiences in Australia and Indonesia, with recent performances including both the ’15 +’16 Ubud Village Jazz Festival and Wonderful Indonesia Beach Festival 2017 . Julian Banks Group are now preparing for an International tour in August 2017 to release their newly recorded album ‘AGUNG’ – named after the 3,142m Volcano scaled by the group on their last visit to Indonesia.

This project has been assisted by the Australian Government through the Australia Council, its arts funding and advisory body