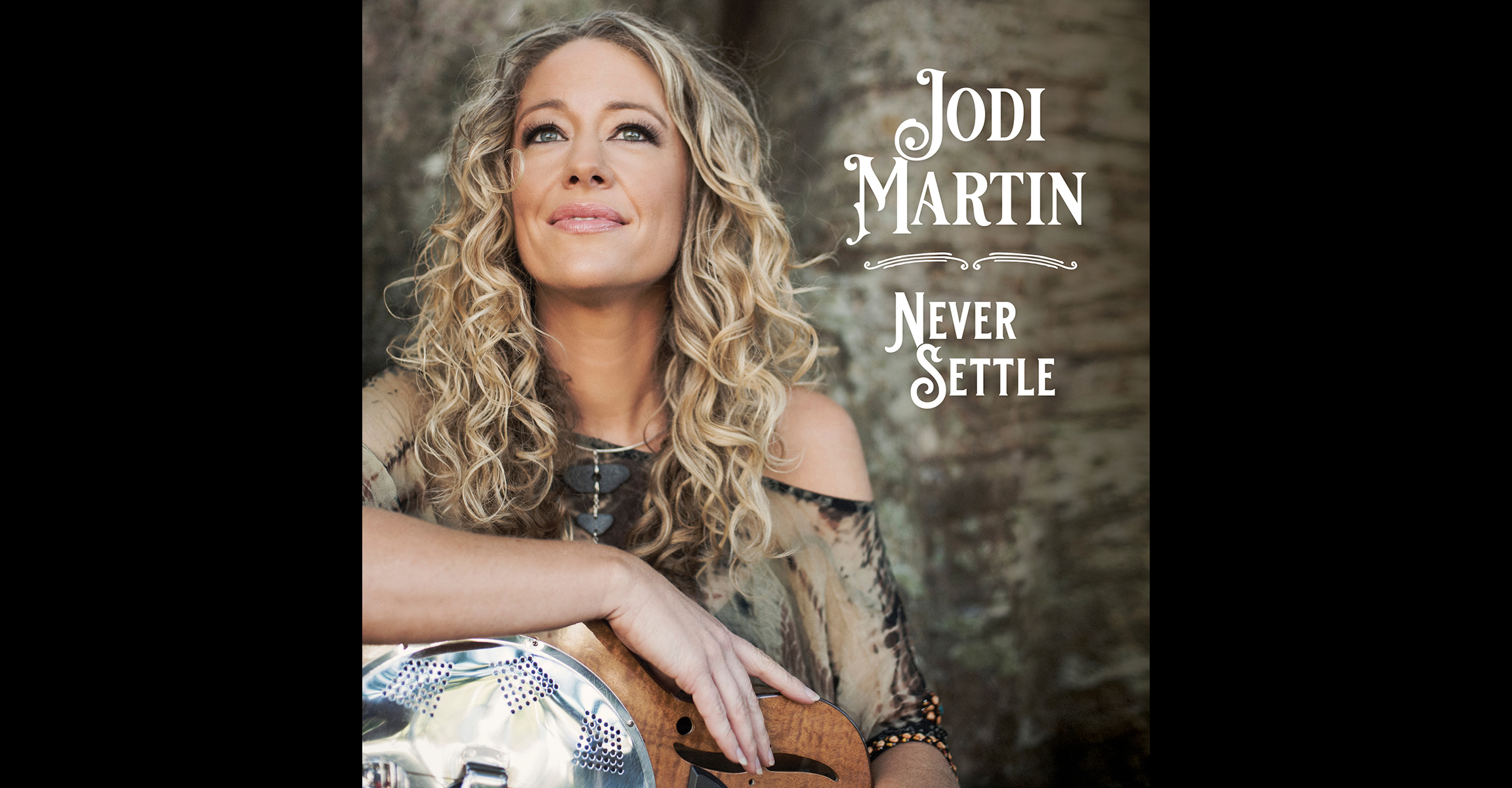 At short notice, to tie in with an unexpected invitation to play at Tamworth, Jodi Martin pops by to share her new single, 'Never Settle'.

Jodi Martin's latest single release, Never Settle was produced by Shane Nicholson and succeeds in a nutshell to sum up Jodi's whole approach to life and music. With 7 independent record releases to her name, Jodi has always remained passionately independent and true to her art. Jodi's honest and insightful songs have always borne testament to that. As both a vocalist and a writer, Jodi's unique artistic voice has garnered rave reviews nationally and as far afield as London and Montreal.

After Jodi began writing songs at the the age of three, songwriting was cemented as her core passion in life. Jodi's professional music career was launched at the age of 16, when she wrote a song for Kasey Chambers and the Dead Ringer Band's ARIA Award-Winning country album Homefires. With the Weekend Australian hailing Jodi 'one of Australia's most talented singer songwriters', be prepared for Jodi's insightful rootsy songs to leave you with tears in your eyes and goosebumps on your skin. Her extensive tour experience has seen her share stages with luminaries including Arlo Guthrie (USA), Luka Bloom (IRE), The Waifs (AUST), Glen Hansard and the Frames (IRE), Michelle Shocked (USA), Bruce Cockburn (CAN), Richard Thompson (UK) and grace Australia's major festivals, including Byron Bay's East Coast Blues and Roots Festival, and Woodford, Port Fairy and the National Folk Festivals.

Jodi's fierce integrity and authenticity has always insisted that she follow her heart. In recent years this has led her back to her home from bases in Montreal, Byron Bay and Sydney to South Australia's coastal desert to be close to family. Being back in her spiritual home has grounded her and the coastal desert of her childhood continues to inspire Jodi's music.

Jodi is launching the Never Settle Tour 2022 to celebrate the new single this April, spanning several states and the iconic Tamworth Country Music Festival. Jodi's intimate and impactful solo show is summed up by The Waif's Josh Cunningham as an experience of 'heartwarming songs and hilarious stories'.

'Tracy Chapman and Suzanne Vega's emotional reflectiveness come to mind, but Martin's take on folky soul is her own' TIME OUT MAGAZINE, LONDON

'Next up was the Aussie songstress Jodi Martin... with the most unique piece of the night... the audience was captivated and remained so for every second she was on stage.' EMILY BOOTH, THE AU REVIEW