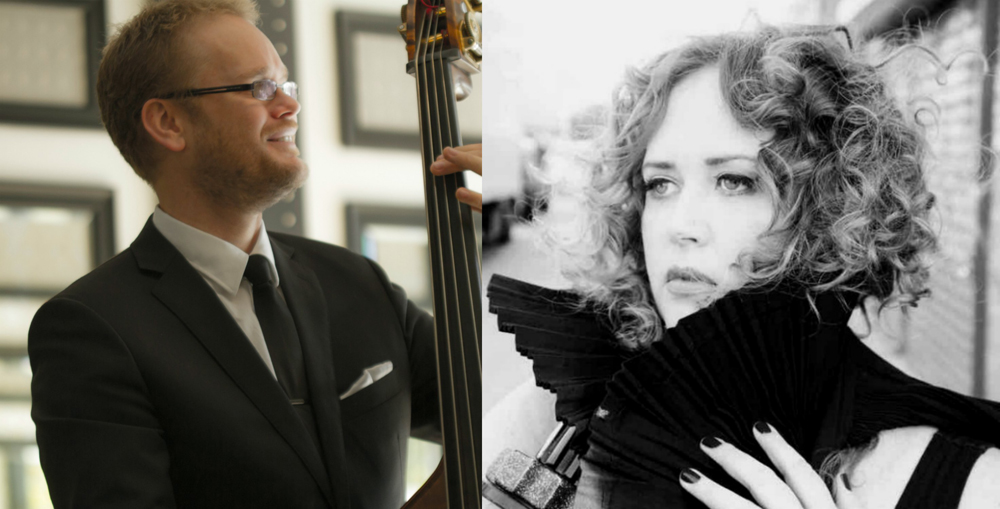 Jane and Kevin bring cheery, feel-good music with scat crooning that is alluring and is bound to stay with you for a long time.

Jane Irving has spent most of her life surrounded by music, but discovered jazz in her late teens and has been performing since she was 17. Originally from Sydney, Australia she now lives in New York, where she plays regularly at The 55 Bar, The Zinc Bar, Jazz At The Kitano and Winnies Jazz Bar.

Bassist, Kevin Hailey began playing the electric bass and in 1991 took up the double bass. He then commenced Jazz Studies at the Canberra School Of Music where he earned his diploma and studied with Lee Konitz, Mark Murphy, Neils Henning Ørsted Pedersen and Mike Nock.

Kevin has accompanied artists such as Dale Barlow, James Morrison, Galapagos Duck, The Australian Girls Choir, Jane Irving, Bobby Gebert, and singer Jeff Duff, with whom he has recorded two albums, as well as performing seasons at the Opera House and Adelaide Cabaret Festival.

Jane and Kevin moved to New York City together in 2011. They continue to make a niche for themselves in the jazz scene and work with a host of New York city's incredible jazz players.

"Her cheery feel-good music making is as uplifting and mellow as it can get.  Her scat crooning is alluring and is bound to stay with you for a long time. She has a knack of getting your juices flowing and on ballads she is like fine wine."

"For those that have not heard Jane Irving, she is the mistress of scat."
- Jazz Action Society, Sydney.