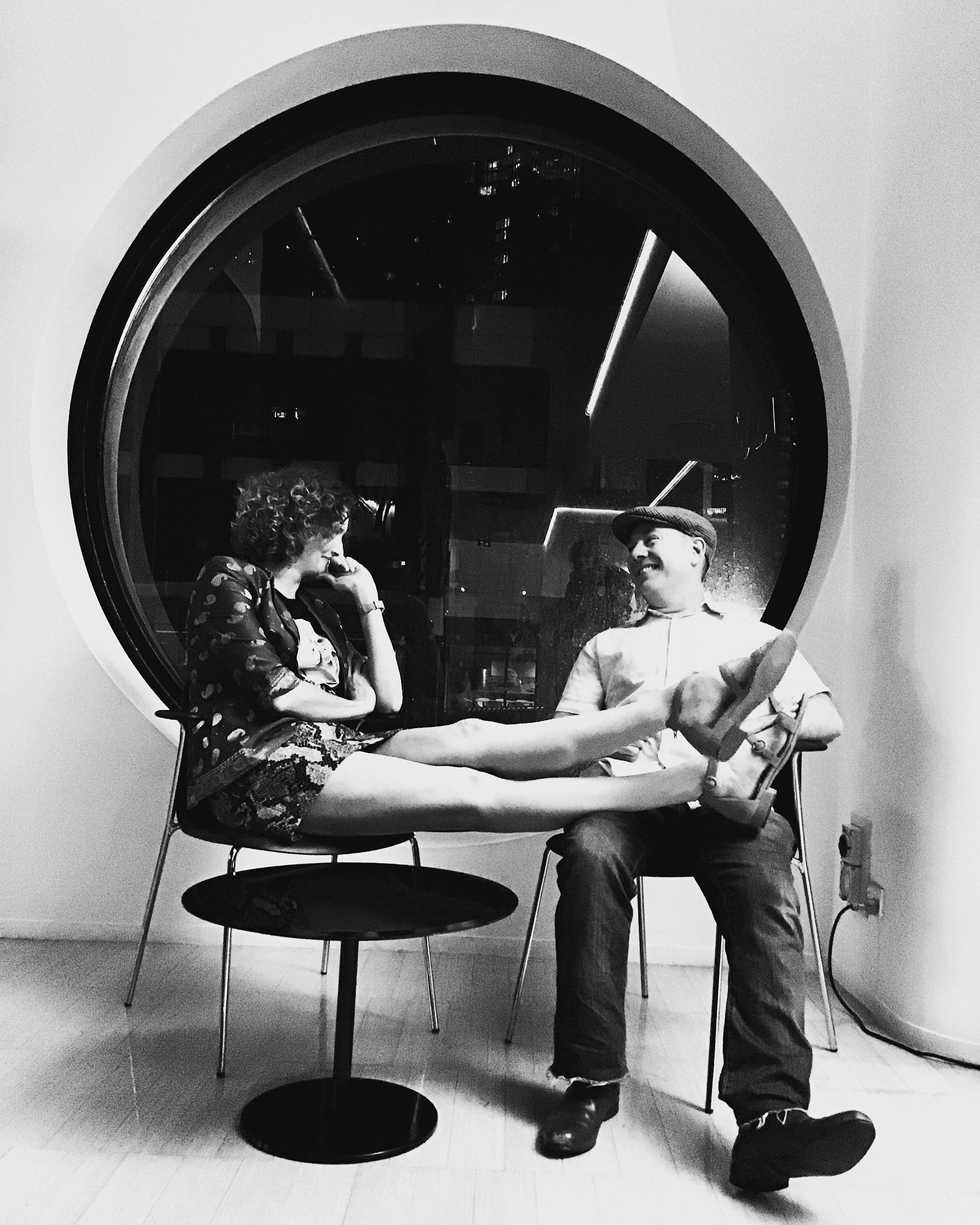 High Ace, the new musical project of Alison Ferrier and Jeff Lang, release their debut album - Snowcap Menace - and are playing a limited series of very special shows to introduce this new project. Joining them on stage for this album launch is Amy Valent Curlis on Marimba and percussion

This is an astonishing album of contemporary musical storytelling empowered by a foundation of guitar-led folk and stringed global ethno-influences, exploring the collective musical powers of Alison and Jeff, yet still offering their individual flairs to flourish.

2020 and 2021 left many Melbourne musicians playing alone in the burrow of the longest lockdown in the world, and Alison and Jeff soon realised they had another option - “Wanna make a record?” one of them stammered, and High Ace was born.

As a wife and husband team, High Ace is imbibed with a rare synergy and they quickly discovered a unique and magical song-writing method: deciphering strange incantations played in reverse, and what the unusual, twisting cadences of those vocalisations were telling them. This radical departure in the song-writing process was prompted when Ali & Jeff’s kids used the ‘reverse’ function on a family video rendition of ‘Happy Birthday’, suddenly one of the most recognisable melodies in the world became strange and otherworldly.

Jeff explains further; “Oftentimes one of us could hear a sentence implied where the other could not. After we’d written down what we each had decoded from the backwards improvised recordings, we’d listen again to see if we could fill in the gaps. There’d usually be a kind of thrust to the lyrics that we could follow, even though what we were transcribing wasn’t actually in any real language.”

World Music Central (WOMADelaide review) ‘Wife and husband duo Alison Ferrier and Jeff Lang delivered a considered set of twisted folk under the moniker High Ace... His talent as one of Australia’s finest guitarist-songwriters and hers on fiddle, vocals and guitar, made for a unique sonic outing. Their vocal harmonies and outside-the-square melodies create a certain magic’

Rhythms Magazine (WOMADelaide Review) ‘Were awards handed out for innovation and experimentation ............ High Ace (the husband wife duo of Jeff Lang & Alison Ferrier) would also be in line for a gong’

Forte Magazine ‘This is not Alison’s music, and it is not Jeff’s. This new project’s combined musical expressions have taken them to a place neither has been...’.