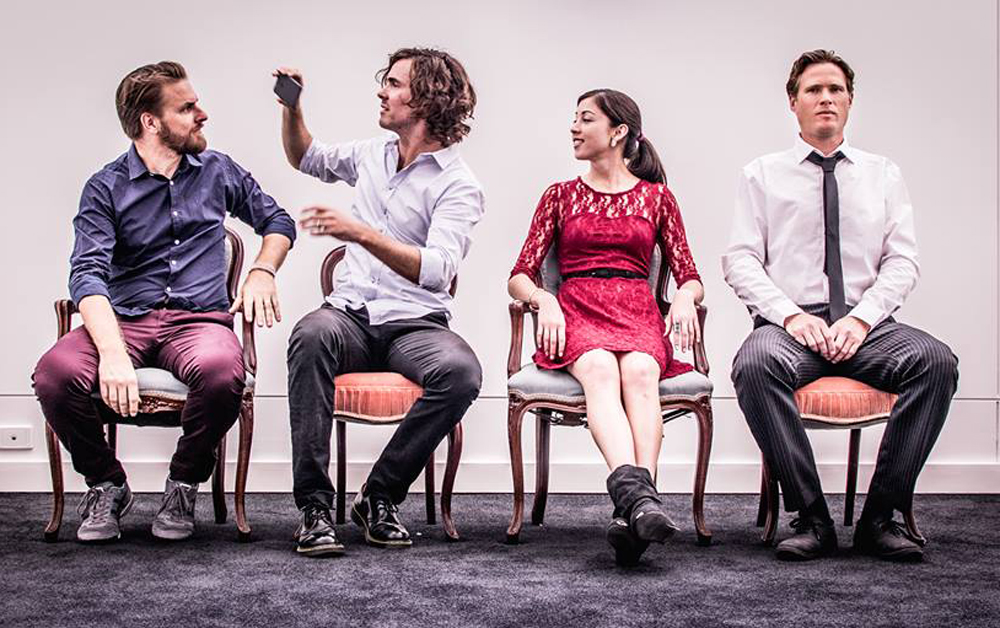 Brisbane alt-folksters ELBURY are celebrating the release of their new album, Haunting Ground â€“ the first full-length offering from the band â€“ with a whirlwind east-coast tour.

Brisbane alt-folksters ELBURY are celebrating the release of their new album, Haunting Ground – the first full-length offering from the band – with a whirlwind east-coast tour, kicking off in mid-August 2017. The ten-track album, Haunting Ground, was released on 1 May 2017 and is available now from major streaming services and digital stores.

Elbury… Long-time fringe-dwellers on the Brisbane live scene, lurking in the corners of craft markets and cafes, spinning stories into songs. With the introduction of bass, drums and synth in recent years, the band have shifted from traditional acoustic folk to a darker alt-folk-rock sound, including progressive and ambient elements. The band frequently defy categorisation and move easily between mellow jazz interludes, rollicking folk-rock triumphs and intricate Baroque passages. Winsome melodies, three-part harmonies and interwoven musical textures. Elbury released their debut LP in May 2017, following two previous EP releases (2013, 2015).

Hailing from Australia’s capital city Canberra, LAVERS are a four-piece band known for their energetic live shows, singalong choruses and intricate recordings. The nucleus of the band consists of the Lavers brothers Dom (lyricist and lead singer) and Seb (composer and multi-instrumentalist).

Dom and Seb have a passion for music from many different eras, and the band’s sound can be hard to pin down. There are strains of Led Zeppelin’s acoustic work as well as an appreciation for cult-favourites Big Star. The band tips its hat to legendary British bands such as the Smiths, the Cure, the Verve and Bends-era Radiohead, while also expressing admiration for the classic American sounds of Wilco, Grant Lee Buffalo and Ryan Adams.