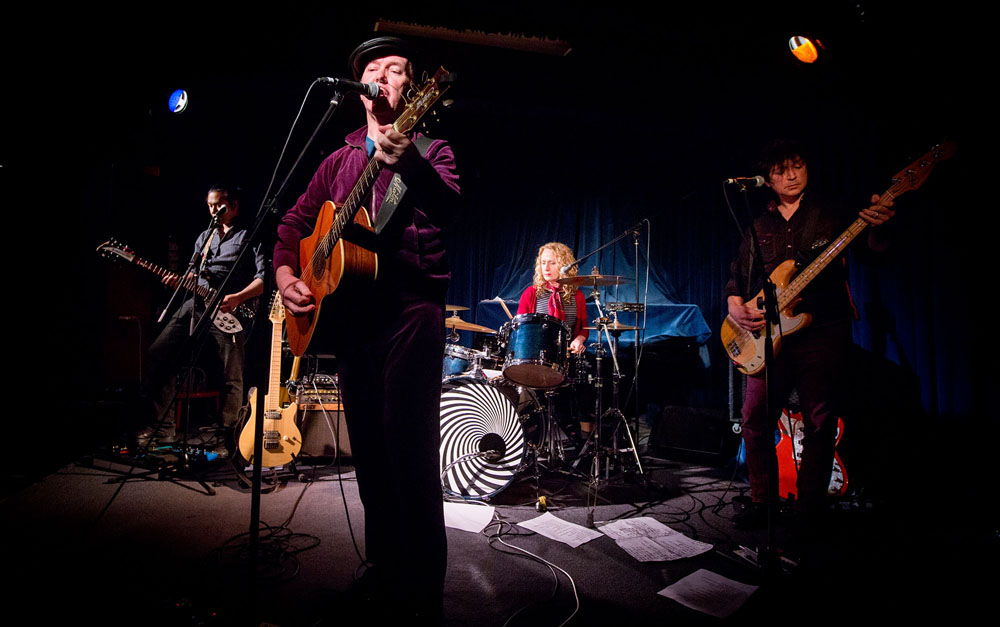 Dave Graney and the mistLY

After a ten week residency in Melbourne and a recording session for a new album and already loaded with the new memoir 'Workshy' and 2017 CD 'Let's Get Tight', Dave Graney and the mistLY are absolutely at the top of their game!

After a ten week residency in Melbourne and a recording session for a new album and already loaded with the new memoir WORKSHY and 2017s cd LETS GET TIGHT, in addition to the golden booty they travel with from a discography stretching to 30 albums, Dave Graney and the mistLY are absolutely at the top of their game! In stellar form!

Well, we’d like them to think they’ve seen and heard something unique. Something you can’t get anywhere else. We don’t do other people’s songs. It’s all my stuff. I like sensation, goofy stuff. Street language and grooves. So its kind of a balance between throwaway show business foolishness and madly ambitious flights of the imagination. Sometimes the two are the same thing and that’s really great. – Dave Graney, 2014

Anyone who saw his and Clare Moore’s ATP sets last year will not want to miss these.

In a music scene dominated by INXS, Jimmy Barnes, Daryl Braithwaite and the Baby Animals, Graney was as inconspicuous as a huntsman on fairy bread. – Chris Hollow, 2015

So much more I could say about this gig, one great song after another, one euphoric moment after another. Its the minimalistic/repetitive nature of the songs and the way they build in intensity. Just amazing. – Martin Mackerras, 2018

A genius songwriter with effortless presence and command, and yet also an invisible chameleon, a reflecting surface, an anonymous conduit.

Dave is one of the all time greats. I learned much of what I know from him. Rock and Roll is where he hides. – Stewart Lee

It’s not cool to gush, so I’ll restrain myself but the metaphor for me is the making of lace, layer upon layer, precise, delicate, ultimately highly structured beauty, strong enough to carry the weight. And that’s the euphoria - you can just set that psychic load down and flow. – Michelle Johnson, 2018

Sure, Graney performs self-consciously. He ‘does’ the introspective singer-songwriter bit; the twelve-string acoustic guitar sounds great but also reeks of Greenwich Village coffee shop. Graney milks the magical status accorded him by a 30cm stage-riser and a few coloured lights but not so he can wrap the whole gig in scare quotes; he’s there because he believes in the performance. – Dr Chris McCauliffe, 2014

This is music that is neither folk, nor blues, nor country, but it's all Graney, somewhere out to the left field beyond Lee Hazlewood's raised eyebrow. It's astringent on the tongue but sweetens in the telling. – Noel Mengel, Brisbane Courier Mail, 2014