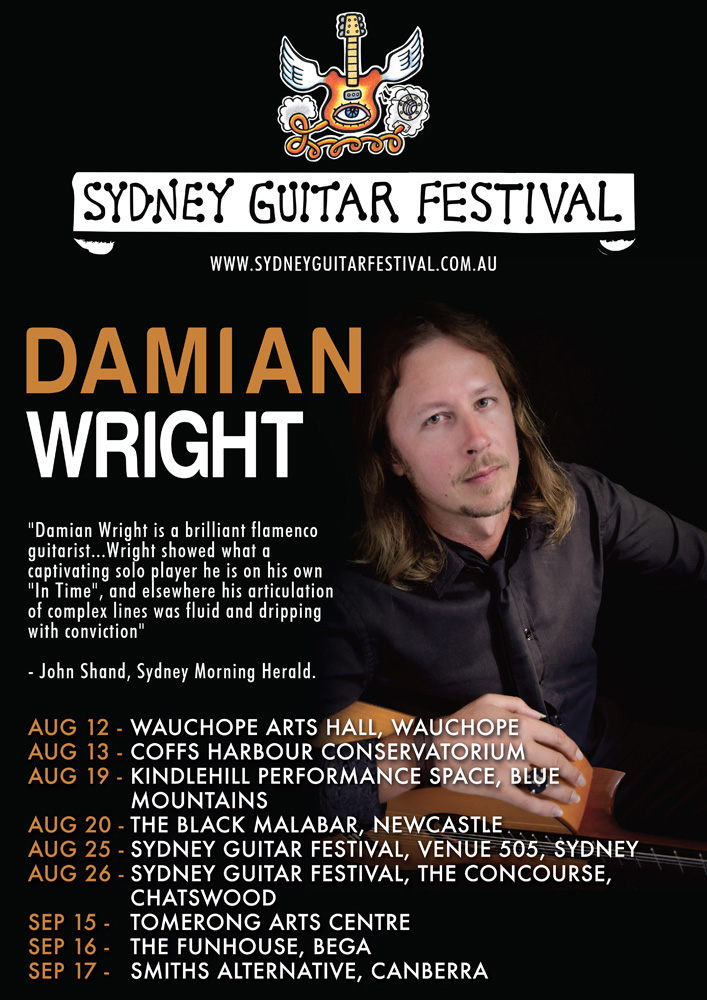 Travel through the traditions of flamenco guitar to the most contemporary and back again, with music full of passion and spontaneity from Damian Wright (Bandaluzia).

Travel through the traditions of flamenco guitar to the most contemporary and back again, with music full of passion and spontaneity.

DAMIAN WRIGHT (Bandaluzia) is an ARIA nominated flamenco guitarist. In 2014 Damian was invited to perform as a solo artist at The Rajasthan International Folk Festival, India and in 2016 performed at The Shanghai Fringe Festival, China. Damian was invited this year to perform at the prestigious biannual Adelaide Guitar Festival curated by Slava Grigoryan. Damian's flamenco ensemble BANDALUZIA was recently awarded "The Pick Of the Sydney Fringe" at The Sydney Fringe Festival and performed to a sold out Sydney Opera House Concert Hall as an invited artist to TEDX Sydney 2014.

"Damian Wright is a brilliant flamenco guitarist...Wright showed what a captivating solo player he is on his own "In Time", and elsewhere his articulation of complex lines was fluid and dripping with conviction" - John Shand, Sydney Morning Herald.