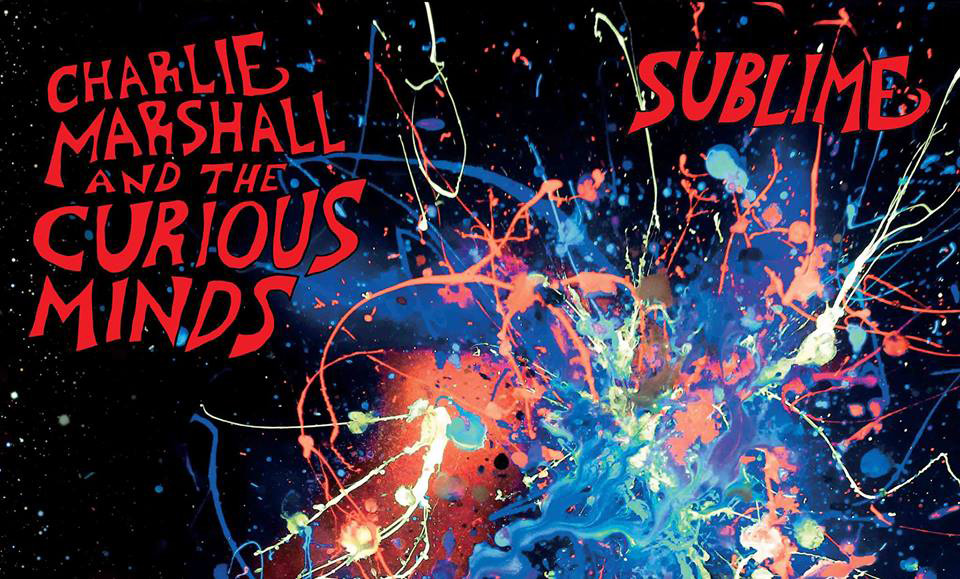 Melbourne singer, songwriter and science teacher Charlie Marshall launches the new album ‘Sublime’ – a unique fusion of music, science, philosophy and politics extolling the wonders of our universe. Try imagining a Pet Sounds era Brian Wilson collaborating with the BBC’s ‘rock star’ scientist Brian Cox and you’ll get some idea what to expect. With the masterful assistance of former Avalanches virtuoso Darren Seltmann on the mixing desk, and a bevy of talented musicians, Sublime contains a dazzling array of sounds that highlight distinctive, intelligent lyrics.

The album cover is a collaboration with Canberra artist Tommy Balogh. Like Charlie, Tommy’s work is inspired by the wonders of science, in particular, images from the Hubble space telescope.

Charlie Marshall has been the guitar-slinging backbone for many of Melbourne’s finest bands over the past four decades starting with much loved Harem Scarem in the 1980s whose stellar lineup included brother Chris, bluesman Chris Wilson, Barry Palmer (Hunters and Collectors) and Peter Jones (Crowded House among others). He then The Body Electric with a dream team of band members - Jim White and Warren Ellis from The Dirty Three, and Brian Hooper from Beasts Of Bourbon. Later Body Electric lineups featured an incredible pedigree of members of legendary outfits The Avalanches, Silver Ray, Moodists and Dumb Earth. The Body Electric retrospective album ‘Won’t give up’, released last year, coincided with the emotional reformation of the original lineup for a sell-out launch in Melbourne.

For more information go to : www.charliemarshall.com.au

His most recent US tour took place during the 2016 election and his newest songs reflect the absurdity of the American dream. With two records, and now a third on the way, The Burley Griffin has seen Evan's songs accompanied and interpreted by some of both Australia's and the USA's most intuitive musicians.

"A refreshingly different release, The Burley Griffin's new EP features songs that are generally short, sharp and leave you wanting more." - Paul Gough, The Inside Sleeve