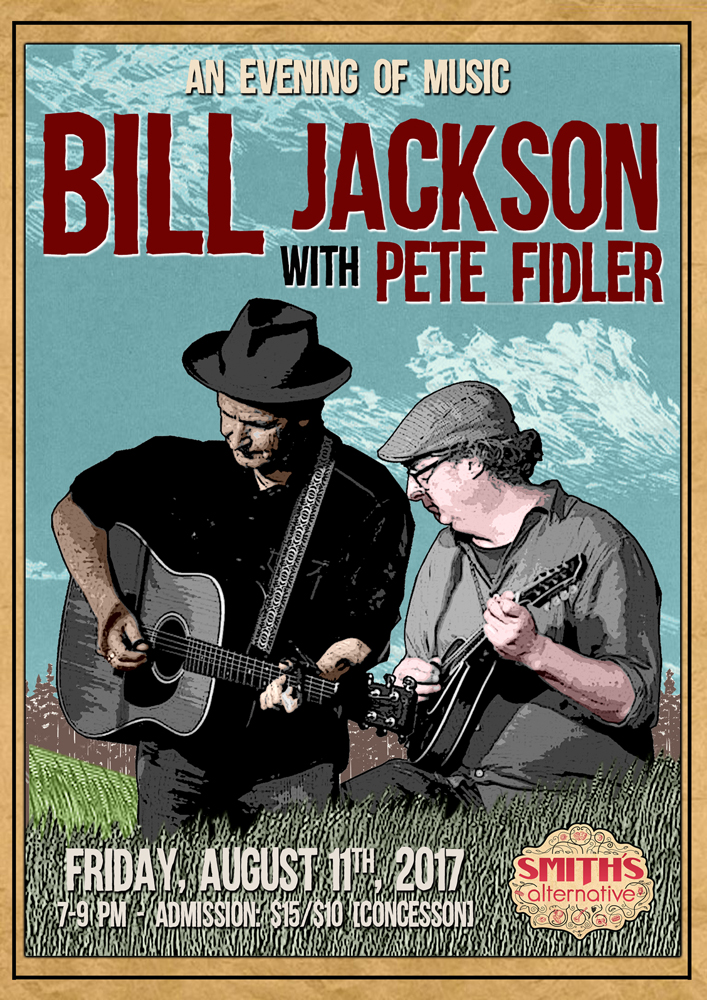 Bill Jackson has firmly established himself as one of Australia's finest Singer/Songwriters. He sings about relationships, Vietnam veterans, good food and company - however it's his relationship to the people and land that shines through.

Bill Jackson has firmly established himself over the past few years as one of Australia’s finest Singer/Songwriters.  'Steel & Bone' was awarded Folk Alliance Australia 'Radio Presenters Album of the Year' in 2008 and his 2011 album ‘Jerilderie’ was enthusiastically received in the marketplace, so much so that the song ‘Something in Blue’ was covered and released on legendary Americana artist David Olney’s most recent album ‘When the Deal Goes Down’.

Jackson writes primarily with his brother Ross. The content is eclectic but never obvious - from love to war and everything in between. They also have that rare ability to entwine folklore into a folk/country/roots setting. Songs like ‘Kate’s Pretty Green Dress’, ‘Joe Byrne’, ‘Jerilderie’, ‘Honeymoon Gully’, CSS Shenandoah’ - extraordinary stories about ordinary people.

When reviewing ‘Jerilderie’ Slow Magazine said - ‘Jackson sings about relationships, Vietnam veterans, good food and good company – however it’s his relationship to the people and land in his life that shine through...from a man who should be a household name…’. The Melbourne Folk Club wrote - ‘…we heard Bill for the first time at the Unpaved Sessions earlier in the year and he’s up there with Paul Kelly’.

Melbourne Singer-Songwriter Bill Jackson tours exclusively with Pete Fidler, one of Australia’s finest musicians. They have toured the US four times together. US website acousticmusic.com described Fidler as ‘ranking up there with a handful of people on my best of dobro/resonator players’ and of Jackson and Fidler being ‘joined at the hip’ in a ‘symbiotic musical relationship’. Bill Jackson has recently released ‘The Wayside Ballads Vol 2 through Laughing Outlaw Records and been nominated for an Age Music Victoria Award – Best Country Album 2016.