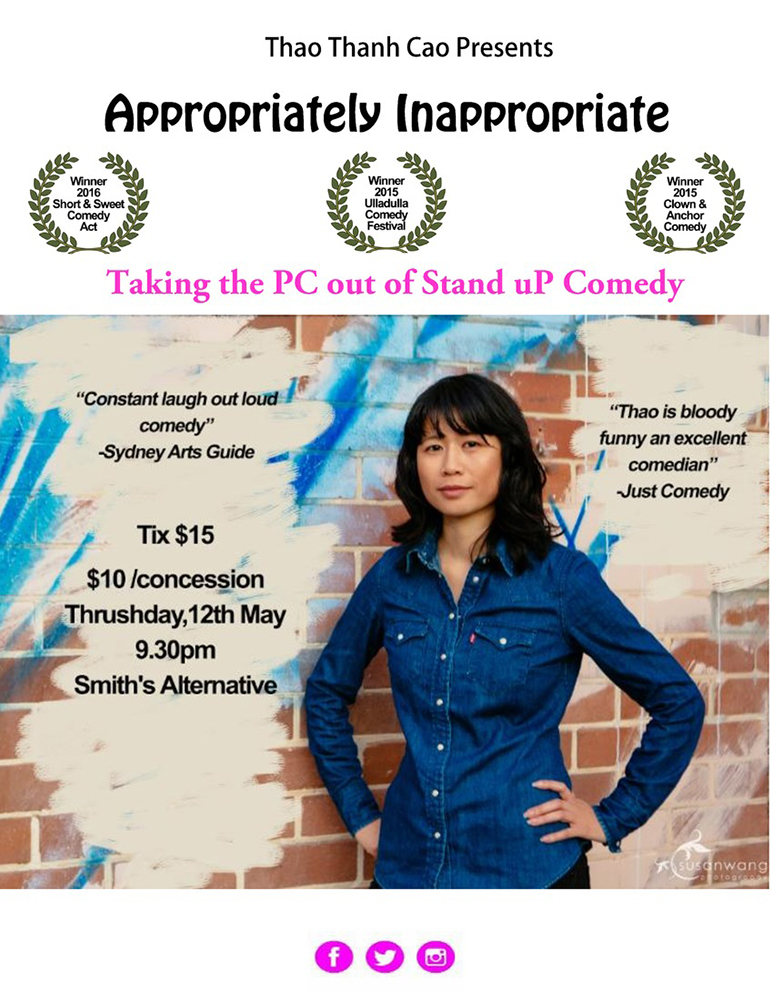 Thao Thanh Cao bio:
Originally from a theatre background having studied a Bachelor of Arts (Theatre Theory and Practice) Thao originally wanted to be an actress but was disheartened because she didn't see many Asians on TV and the few Asians she did see on TV appeared on border security. Her comedy can be best described as dry, self deprecating and often politically incorrect. Thao is a multi award winning comedian and has been very busy doing the comedy circuit performing all over Sydney, Newcastle, Canberra and has also performed at The Adelaide Fringe Festival and The Melbourne International Comedy Festival in 2015.  Utilizing her acting skills and her public speaking skills She has quickly become a refreshing new voice hitting the comedy scene taking the PC out of stand uP Comedy! Her first solo show was a huge success at the Sydney Fringe Festival. Known for being Politically Incorrect Humour Appropriately Inappropriate will be testing your threshold of sensitivity!