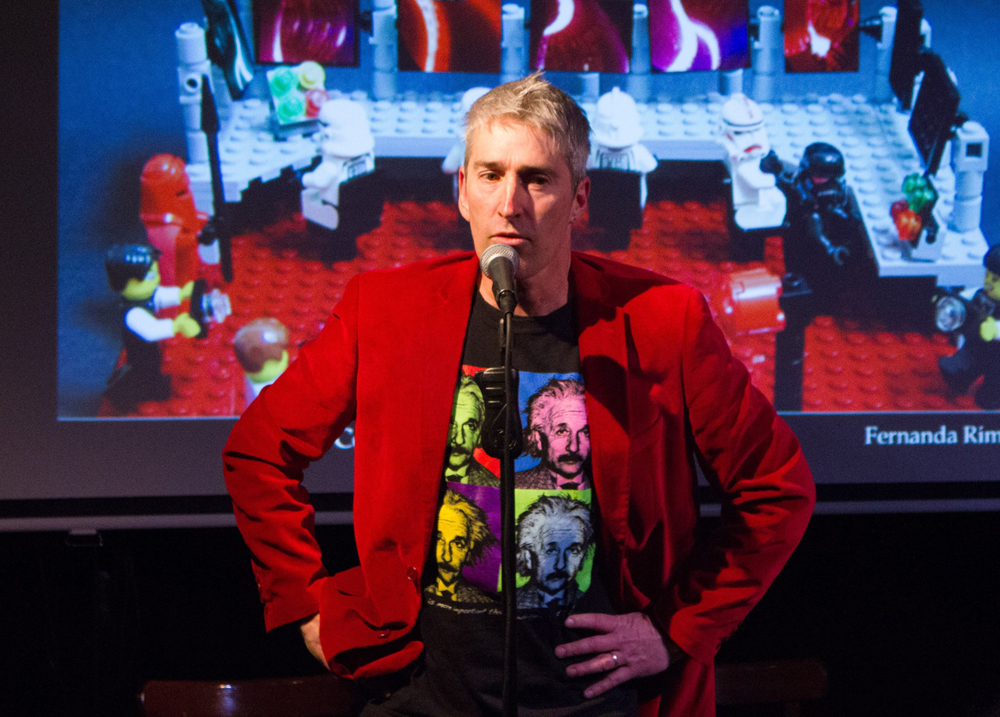 Dr Phil's songs and stories will take you on a trip around the cosmos and reveal the surprising things that make our world special. Phil MC's Science in the Pub events, is an astronomer and PhD in laser physics who makes science accessible.

Astronomers have found thousands of planets orbiting other suns - but if you think Earth is not special, don't fret.

Dr Phil Dooley's songs and stories will take you on a trip around the cosmos and reveal the surprising things that make our world special.

An uplifting show with highlights from Dr Phil's Science in the Pub nights around the country.

About Dr Phil
From childhood dreams of being an astronomer, Dr Phil Dooley progressed to a PhD in laser physics and played in dodgy soul and blues bands on the side.

He regularly MCs Science in the Pub events, and has performed solo in shows and festivals from Adelaide to London, blending music, stand up comedy, fairytales and live science demos. He runs a YouTube channel, Phil Up On Science.

In has career he has taken on bored teenage school kids on physics excursions at University of Sydney; created digital content for the international fusion research organisation, JET; been schooled by a Reuters hack in the ANU media and written for prominent science publishers Nature, New Scientist and Cosmos Magazine.