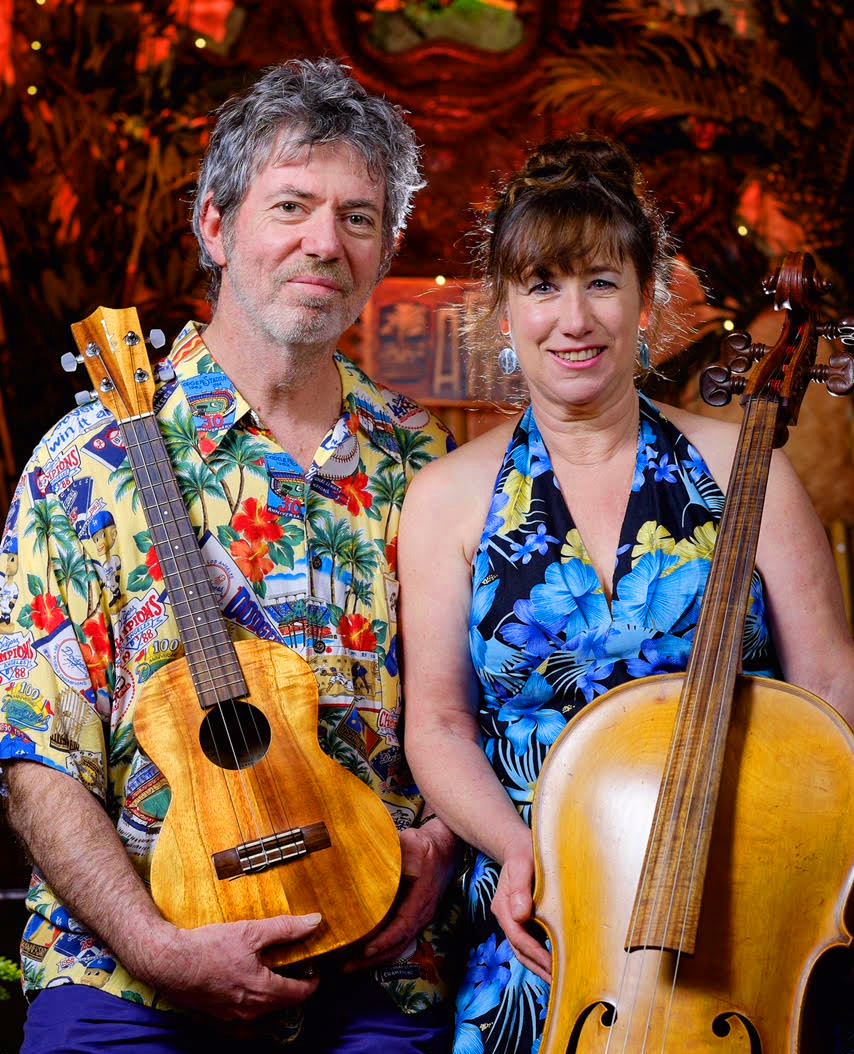 One of Australia's pioneering ukulele players

Since multi-instrumentalist, arranger and composer AJ Leonard visited Hawaii in 2006 and developed a serious itch for the ‘jumping flea’ he has pretty much become a one-instrument man and one of Australia’s pioneering ukulele players. After attending the VCA, Jenny Rowlands continued her study of the cello overseas and has performed professionally throughout the classical scene in Australia.

Their appreciation of classical music, Tin Pan Alley tunes, Tropicana and music from films combined with AJ’s love of historical fact and Jenny’s classical flare to present concert goers with a musical experience that crosses time zones - combining timeless melodies with an irresistible blend of abandon and precision.