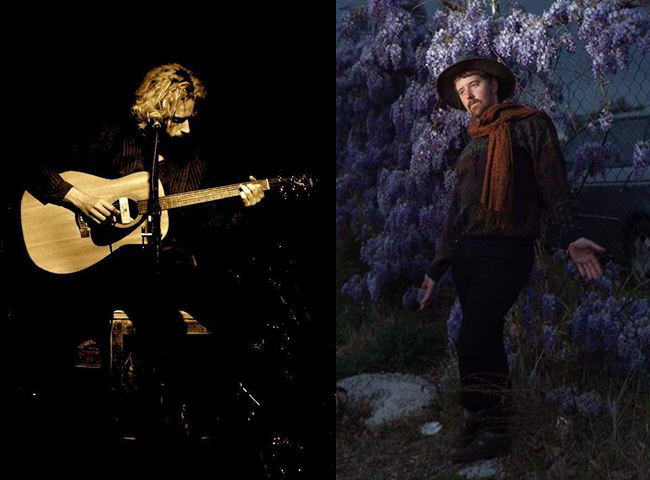 It started with an audition. Tom thought he'd give playing bass a go for Evan's band. He failed the audition, but something greater was born. A little duo! A double bill! Many a jam sesh! The two scallywags shall be seen at Smiths, playing their own songs, both alone and together, on this merry melancholy mad evening of wonder and woe.

Tom Woodward is an Australian songwriter, guitarist and performer. Raised in Canberra on the sub popular grunge of the nineties, he soon established himself as a highly original lyricist and melody craftsman. With his prolific output and acoustic guitar, he has toured relentlessly, plying his trade in bars, theatres and street corners everywhere from Melbourne to Kyoto.

Evan Buckley (The Burley Griffin) grew up in Canberra, homeschooled in a religious fundamentalist cult, and has since hitch hiked and toured through 37 American states, exorcising and befriending his demons along the way. His most recent US tour took place during the 2016 election and his newest songs reflect the absurdity of the American dream. With two records, and now a third on the way, The Burley Griffin has seen Evan's songs accompanied and interpreted by some of both Australia's and the USA's most intuitive musicians.