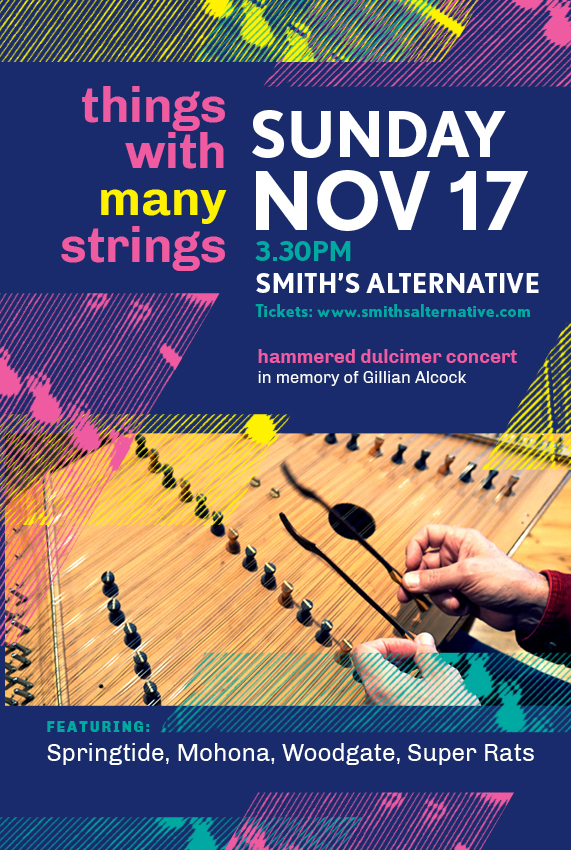 Things With Many Strings

A tribute to Canberra's own dulcimer lady, instrument-maker Gillian Alcock (1950 - 2018)

From the isles of Greece to the Indian subcontinent, via Romania to your very own Canberra backyard, four special acts come together to showcase the music of a unique and unusual instrument.  Gillian Alcock devoted her life to making and playing the dulcimer, and her influence continues to reverberate in Canberra and beyond. This concert celebrates her musical legacy and is a charity fundraiser for MS Australia, the peak body for Australians living with multiple sclerosis, as Gillian did.

Springtide combines dulcimer with harp and cello to create rippling and magical acoustic folk with a Greek twist, Mohona explore the music of the Indian subcontinent through a jazz lens, with the dulcimer in the driver's seat!  Woodgate joins Dulcet Tones to perform intimate, original folk tunes with a local flavour, blending the sounds of violin, guitar and dulcimer. Super Rats play traditional Romanian and Rroma (gypsy) music that features the cimbalom, a (you guessed it) large dulcimer.