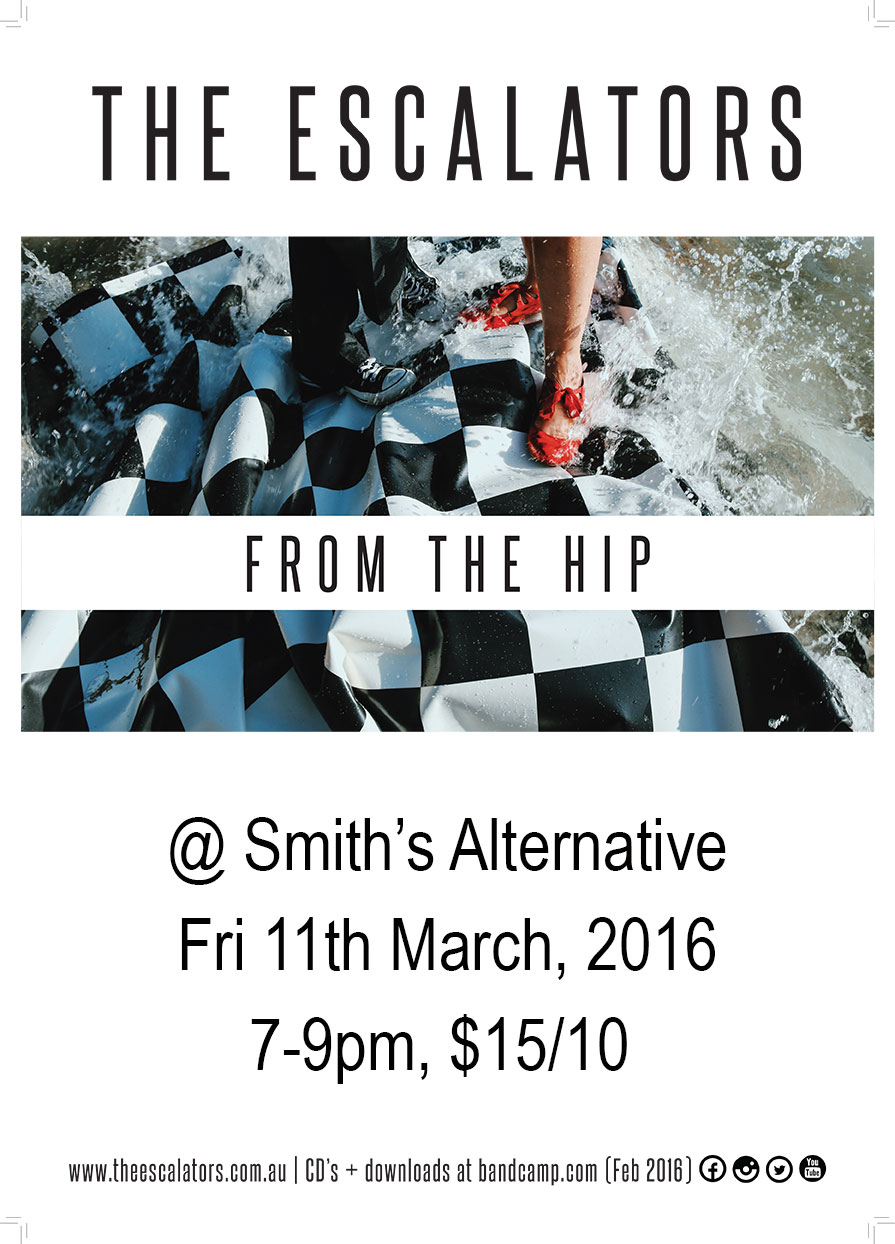 The Escalators CD Launch
"From the Hip"

With more grooves than a record store, The Escalators tip their fedoras to the sophistication of Swing, the funk of New Orleans and the rhythmic pulse of Jamaica.

2016 is set to be an exciting year with a new CD “From The Hip” set for release in February, and extensive East Coast travels ahead. Audiences can expect to be romanced by a sophisticated allure, & compelled to dance to the irresistible rhythms that are the cornerstones of The Escalators’ charm.

The gorgeous tone of Jenny Blunden's voice embraces you and steals your heart. Lachlan Mackenzie’s guitar stylings, all harmony & texture, are draped over a rhythmic framework rich in interplay between Bradley Parson's upright bass & the drum kit captained by Hayden Moore.

Weighing in at 7 tracks, “From The Hip” sees The Escalators craft 5 original compositions that honour their swing, soul & reggae roots, and pay their respects on 2 jazz standards. The studio philosophy was simple: capture the energy and record live with minimal cosmetic surgery. The result breathes & sounds fresh to the last beat; the listener is in the room with the band.

Production is by the best ears in the business: Syd Green (South Coast) & Paul Pilsneniks (Byron Bay), with money saved by cruising the van downhill in neutral while on tour.

In 2015 widespread airplay and strong reviews for debut EP “Felix” launched a series of mini-tours (NSW, ACT, QLD) culminating in sold-out rooms on the North Coast & an invitation to the prestigious Noosa Jazz Festival.

“Felix” (2014) is a concept record that set a course for the band’s sound by acknowledging their major influences: Classic songs from the 1930s to the 1960s infused with flavours from all corners of the record collection (they managed to squeeze an original track in too).