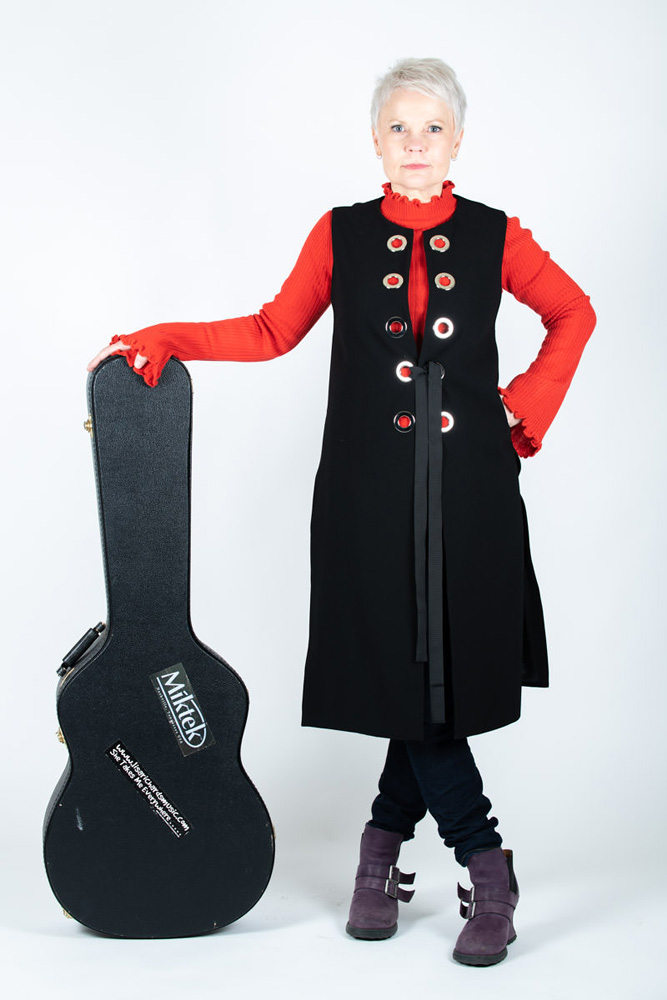 Lisa will share some of her songs while addressing topics around the songwriting process such as finding inspiration, lyric writing, melodic choices and more. Lisa will speak, take questions and perform in this short but in-depth session.

In this special masterclass Lisa will share some of her songs while addressing topics around the songwriting process such as finding inspiration, lyric writing, melodic choices, stories behind the writing of the song, and dealing with those voices in your head that tell you suck. There will also be a Q&A section where questions are fielded from the audience.

Indie Folk Nouveau Chanteuse Lisa Richards has a distinctive voice capable of moving from a purr to a wail in an instant. Wielding an acoustic guitar and writing songs of longing, loss, love, and hope, her music borrows from the traditions of folk, blues, and jazz, yet has a sound that's innovative and fresh.

She has a life story that could grace the silver screen. From Acapella busking in Kings Cross to hanging out with Debbie Harry at SXSW, and playing CBGB’s in NYC.

Lisa lived in New York City and Austin Texas for a number of years, returning home to Australia, settling in Canberra in 2015 , where she writes songs, performs, records and shares what she has learnt by teaching singing and songwriting while making plans for world domination.

Her current CD, “A Light from the Other Side,” is her 6th album, as well as her first Australian-made release. Lisa teamed up with Greg J Walker (Paul Kelly, Jess Ribiero, and C.W. Stoneking), who recorded and produced the CD.

The song "Water" was added to National rotation on ABC Radio and played on community radio. The album received glowing reviews from the Press. She is working on her 7th album right now.

"Richards is a simple yet powerful songwriter who has beautifully encapsulated the intricacies of the human condition." – Emily Ritchie, The Australian