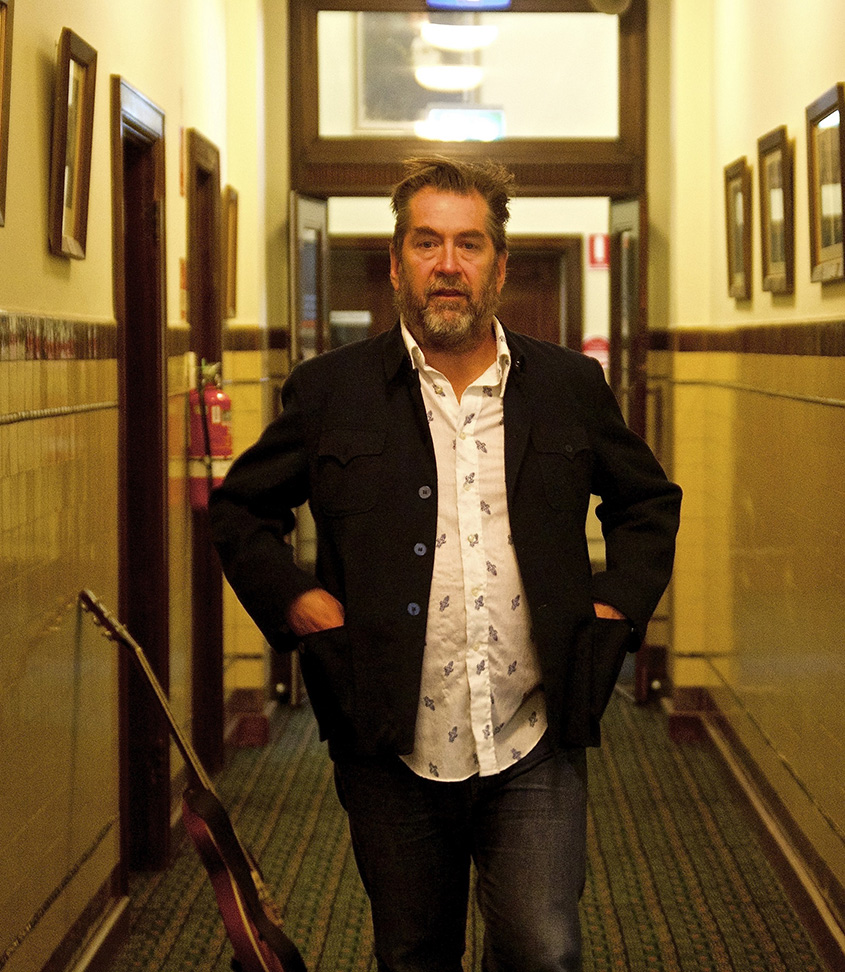 This show has now sold out. Tickets are still available for the show at 9.30pm on the same night.
Click here to purchase.

Raconteur, troubadour, balladeer and poet, Mick Thomas is best known as the song master of pub-rock icons Weddings Parties Anything. His ever-evolving talents as a writer and performer define a career as intriguing as it is enduring.

2017 sees Mick Thomas release his new retrospective double CD These Are The Songs, a companion album for his new autobiography, These Are the Days, the story of an inspired and uniquely Australian creative force that covers his life in music from his days in Weddings, Parties, Anything until now.

The Album titled ‘These Are the Songs’: is a lovingly crafted compilation album spanning the past eighteen years and more of Mick Thomas’ creative life. From the wry and laconic observations of ‘The Lonely Goth’ to the wit and whimsy of ‘You Remind Me’, the soaring growl of ‘Hard Currency’ to the pure joyous on-the-road fun of ‘Sleep on Your Floor’ and ‘The Last of the Tourists’, this is a classic set of tunes performed by a loose but lovingly selected bunch of players. The album is the companion to Mick’s new book These Are the Days, a joyous autobiographical tale of an inspired and uniquely Australian creative force.

The Book titled ‘These Are The Days’: is a book of stories that all starts with the songs. How they got written, where and why they got written, and why they still get played. And its about the people – in the various line ups of the various bands, the people in the studio, and in the audience at the countless shows. And its about when Weddings, Parties, Anything first called it a day back in 1998 when Mick quickly realised there was no good night to go into. The book follows the stories of 31 songs, each including stories and a song chart.