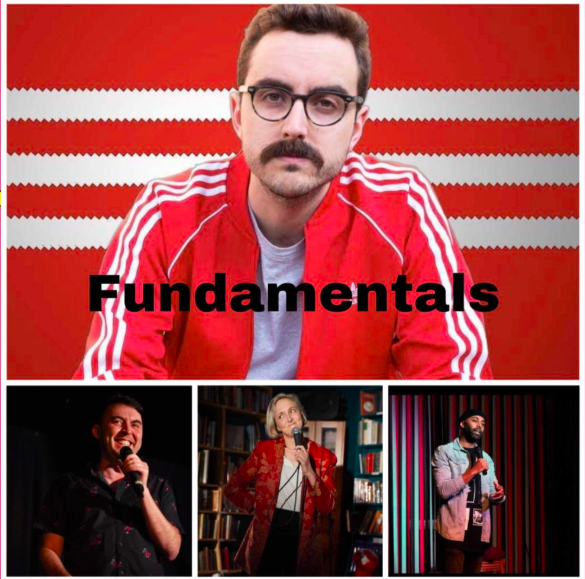 Fundamentals is back at Smith's Alternative on the 18th. Come along for a great lineup featuring one of Sydney's finest comedians, Daniel Muggleton.

Daniel Muggleton – A deceptively sharp, informed social commentator in a tracksuit. Daniel Muggleton's debut special ‘Let’s Never Hang Out’ has aired on ABC Comedy, he has supported Jim Jefferies, Alex Williamson & Steve Hofstetter on tour. He’s also received critical acclaim at the Edinburgh Fringe, being selected as one of 'Four Great Free Fringe Shows' by The Scotsman in 2019. He's performed at the End of the Road, Tramlines and Pigsty in July music festivals, headlined comedy club in the UK, Australia & Europe and his stand-up clips have million of views online. Off-stage, he's appeared on The Feed (SBS) & The Checkout (ABC) and is half of Ask Us Everything with Steve Hofstetter & Daniel Muggleton, a cult podcast on Zoom. He's also part of the Nowhere Comedy Club, the world's first digital comedy club, having opened for Mike Birbiglia, Todd Barry & Sam Morril.

"Wickedly enjoyable" British Comedy Guide. Sarah Pam is an up and coming comic originally from behind the iron curtain - AKA Westeren Australia. She has been a regular on the Canberra comedy circuit for about a year now, but is still trying to understand the ways of the mysterious Canberrans

Jeffrey Charles is a Canberra based comedian who has entertained audiences in Sydney and Canberra with relatable stories of failure as a teacher and parent.